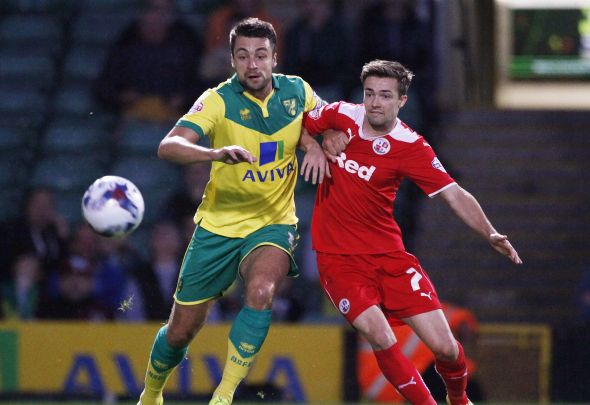 Crawley Town winger Gwion Edwards is being targeted by Scottish giants Celtic and Rangers, according to reports.

The one-time Wales Under-21 international joined Crawley permanently last summer from Swansea after spending the previous season on loan at the club, and scored eight goals in 42 league games during 2015-16.

Football website HITC claim Celtic and Glasgow are aiming to secure the signing of Edwards ahead of any English clubs.

It is said the 23-year-old looks set to depart the Broadfield Stadium and play in a higher division but it is not known at this stage if he will stay in England or move north of the border is unknown.

Glasgow’s two major clubs are both hoping to bolster their squads, as they go head-to-head in the league for the first time since Rangers entered administration in 2012.

Crawley, who paid an undisclosed fee for Edwards last summer, finished a lowly 20th in League Two this season and are desperate to keep hold of one of their prize assets.

Celtic have recently appointed Brendan Rodgers as manager, and he is well aware of the winger having come through the Swansea ranks when Rodgers was the manager.

Meanwhile, Rangers are looking to build for their long awaited return to the Scottish Premiership and this is not the first time they have looked to England for players.

Joey Barton was signed from newly promoted Premier League side Burnley, and, as reported by Football Insider on Monday, they have been linked with prolific Walsall striker Tom Bradshaw.

In other Rangers news, the Scottish giants are eyeing a major goalkeeper upgrade.

Exclusive: Bruce claims Gerrard has one major selection headache – ‘Stevie will be worried’