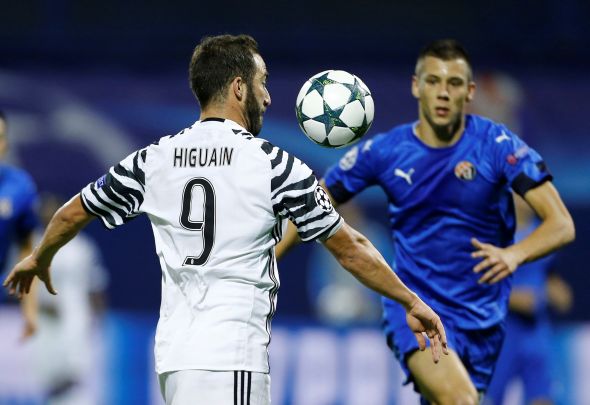 Celtic are unlikely to pursue their interest in Filip Benkovic after Dinamo Zagreb slapped a huge £17million price tag on him, according to a report.

The Scottish Sun had claimed on Thursday that the 19-year-old defender was interesting manager Brendan Rodgers, who believed he could be signing the next Jozo Simunovic.

However, the Scottish Sun have now revealed that Zagreb have thrown Celtic’s interest back in their face by pricing the Hoops out of a move for the 6ft 4in colossus.

Although believed to be a better prospect than his fellow countryman Simunovic, who also moved to Glasgow from Dinamo Zagreb, it is extremely unlikely that Celtic would be willing to spend that much on the player.

It is believed that Manchester United were also interested in the defender and were willing to pay £10million for the defender, but the deal collapsed as Dinamo looked for more cash.

Wearing the number 26 shirt, the towering defender has broken into Dinamo’s first team this season after making 28 league and cup appearances.

As well as scoring twice, Benkovic has played a crucial part in keeping nine clean sheets throughout the 2016-17 campaign as Dinamo sit in second in the Croatian Premier League.

There is no doubt that Benkovic is a quality player. His ability to command a defence at such a young age has inspired his side to second in the Croatian league. With Champions League and Europa League experience, there is no doubt that Benkovic would improve the Hoops defence ahead of a potential run in Europe in the 2017-18 season and would be a player for the future. However, at £17million, Celtic have effectively been priced out of the market, with Manchester United unwilling to go above £10million. With the 47-time Scottish champions looking to spend their limited resources wisely, bringing in three or four players for the same price would prove a lot more beneficial.

In other Celtic transfer news, the Hoops should offload this midfielder.