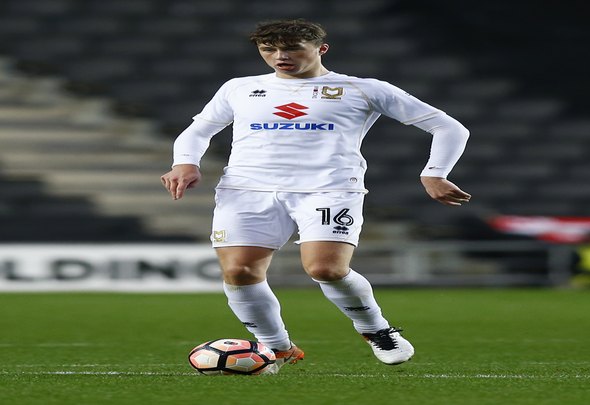 Celtic have been dealt a massive blow in the transfer market with the news that the Scottish champions will not be signing Dundee defender Jack Hendry cheaply.
The Dark Blues manager Neil McCann made the statement after he confirmed that there had been interest from Brendan Rodgers for the 22-year-old.
“There is clear interest in Jack, I can’t sit here and lie saying there’s not,” said McCann in The Scottish Sun.
“Celtic are interested, clearly, but it is more than one club.
“I would like to keep him, whether I expect to do it is another thing.
“But I expect to keep Jack if the bids are not substantial.”
It was thought that the Hoops were looking to splash out around the £500,000 mark in order to acquire the services of the young Scot who has also attracted interest from the likes of Newcastle United, Southampton and Crystal Palace.
However, that looks unlikely in light of McCann’s insistence to the contrary and that the Dark Blues are looking for a fee of at least £1.5million for the defender.
Football Insider verdict:
After seeing their great rivals Rangers doing a host of business during the January window, supporters of the Bhoys are growing impatient with the club’s lack of transfer activity and they need to make a few signings to appease those sections of supporters. Hendry is undoubtedly a talent so Rodgers needs to move swiftly if he is going to stand any chance of capturing his target. These days £1.5m is not a lot of money to play for a quality defender so Rodgers will – it is just a matter of time.
In other Celtic transfer news, Celtic keen on attacking colossus as contract nears end.
We’ve launched a << BREAKING NEWS FEED>> exclusively for your club. ‘Like Us’ on Facebook by clicking here if you want 24/7 updates on all Celtic breaking news.