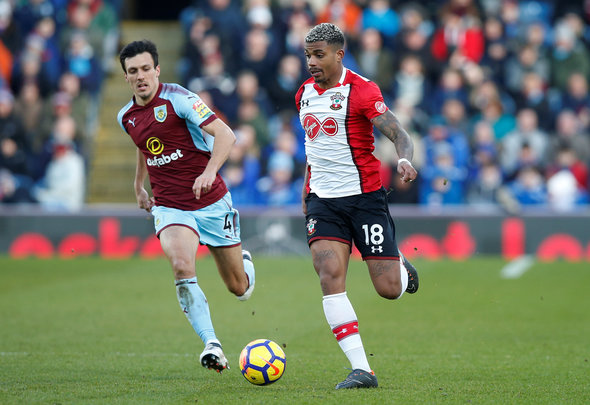 Top flight rivals Tottenham, Everton, Arsenal and West Ham are all battling it out to sign Southampton defensive midfielder Mario Lemina this summer, according to a report.

Footmercato.net claim that there is a red-hot, four-way Premier League hunt for his capture after the Saints narrowly avoided relegation from the top flight, a campaign in which the 24-year-old has struggled to display his best form.

He managed to make just 29 appearances across all competitions, scoring once and chipping in with another assist, having signed for a reported £16million from Juventus last summer, a fee which broke Southampton’s transfer record at the time.

There can be no denying that Lemina has failed to live up to the expectations placed on his shoulders and his erratic form was a contributing factor to Southampton’s relegation battle. However, on his day he has looked a quality signing and those hunting his capture will be hoping that their managers can get the very best out of the Gabon international. If it comes down to a bidding war, then all four clubs have proven themselves to have cash to splash, and the eventual winners could in fact be Southampton, pocketing a tidy profit after just 12 months on the south coast. Still, convincing the proposed suitors he is worth in excess of the £16million – which is said to rise to a potential £20million – could be a tough task. Keeping him might be the best option, for there is little doubt that when firing on all cylinders, he is a force to be reckoned with.

In other Everton and Tottenham news, the Toffees have been named as a shock club to poach one of Spurs’ top stars this summer.

Don’t miss out on breaking and exclusive Everton, Tottenham, West Ham and Arsenal news by clicking here for our brilliant 24/7 updates on Facebook, Instagram and YouTube.