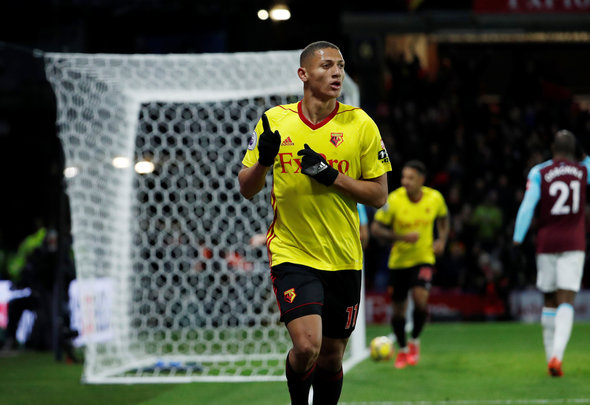 Everton are considering making a summer move for Watford attacker Richarlison, according to a report.

Sky Sports has revealed that the 20-year-old Hornets attacker will only be allowed to leave Vicarage Road if an offer in the region of £40million came in for the forward.

The same report also claims that the Toffees will face competition for the five goals forward from Chelsea and Manchester United, despite failing to register since November in the league.

Richarlison, a Brazilian U20 international, only arrived in the Premier League last summer from Fluminense and has a contract with the 12th-placed side until 2022.

We’re not sure how excited this potential transfer would make the masses of Everton supporters. Had the youngster maintained his early season form which saw him rack up five goals in his first twelve, Toffees fans would have been desperate to see the speedy forward in their ranks – but that hasn’t been the case. The hefty price-tag will also raise question marks –  £40m on a player who has only performed for half a season seems questionable.  Richarlison has been accused of suffering from burn out so let’s see how he gets on with another season at Watford before splashing the cash on a relatively unproven quantity.

In other Everton news, defender from title favourites names Everton as potential next club.