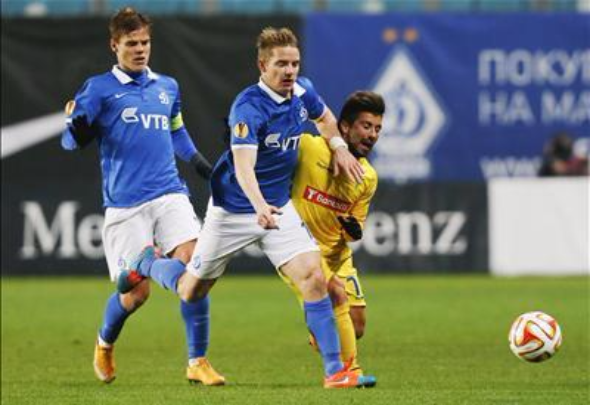 Everton are eyeing up a move for versatile defender Tomas Hubocan from Dynamo Moscow, according to a report.

Ladbrokes claim that manager Ronald Koeman is keen to tackle Everton’s defensive frailties with a swoop for the Slovakia international.

Everton conceded 59 goals in the recently completed Premier League campaign and the 30-year-old defender, who can play across the back line, could be the man to help the Goodison Park club improve in this area.

The versatile defender was a regular for club side Dynamo Moscow during the 2015-16 season, and despite the team’s poor fortunes he has continued to impress for both the Russian outfit and the Slovakia national side.

The former Zenit Saint Petersburg man has featured in the last two matches for his national side duringEuro 2016, including their defensive masterclass in the 0-0 draw with England.

And if the Toffee’s boss is planning to move for Hubocan, he would be best to act quickly as more impressive displays during the Euro’s will likely boost his price tag and attract more suitors.

Hubocan featured in 24 matches for the Russian side during the 2015-16 season, but he was unable to help keep his side in the Russian top division as they suffered relegation.

In other Everton news, the Toffee’s are eyeing three major summer signings under Koeman and billionaire owner Farhad Moshiri this summer.