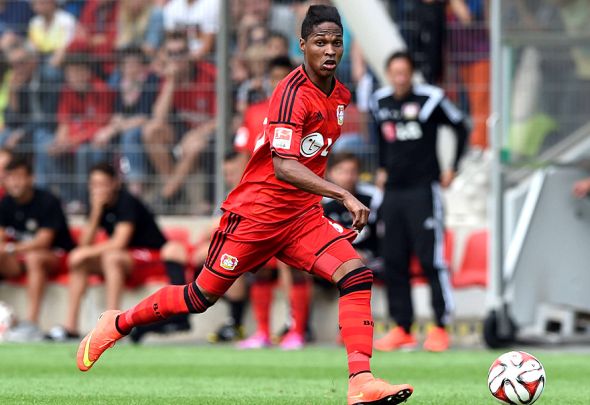 Everton are targeting Brazilian left-back Wendell as a long-term replacement for Leighton Baines, according to a report.

Sky Sports, on their live transfer blog (13.49pm) claim that the club see the Bayer Leverkusen 24-year-old as the successor for the 33-year-old fan favourite.

They claim the club is also interested in Germany left-back Marvin Plattenhardt, currently starring for his country in Russia.

They face competition from Premier League rivals Leicester for the German defender.

Baines has been at Everton since 2007 and has been one of the club’s most consistent performers over the years. He’s made a colossal 403 appearances for the club, scoring an impressive 38 goals and adding 66 assists. He was a mainstay when fit last season, but as 33 he hasn’t got long left at the top level. Wendell signed for Bayer Leverkusen for £6million in 2014 from Gremio and has made 146 appearances, scoring six goals and adding 10 assists. He made 30 appearances in all competitions for the Bundlesliga side last season, and made the senior Brazil squad in 2016, but never made it onto the pitch, making the bench twice. It’s a tough act to follow Baines, and Wendell might not offer as much going forward, but at the right price he would make an astute purchase and a chance to resurrect his career in the Premier League. Wendell can also play on the left of midfield. Plattenhardt is another player Everton have been linked with and if it’s an either/or, fans would probably plump for the German World Cup star.