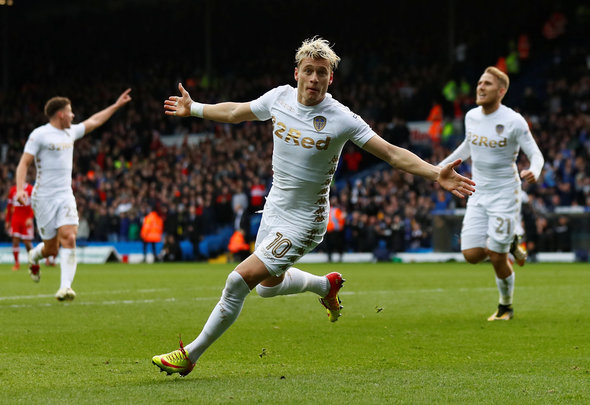 Leeds United duo Pawel Cibicki and Ezgjan Alioski are set to fight to survive being axed from the first team line up ahead of the club’s clash against Birmingham City, according to a report.

The Yorkshire Evening Post claim on their website that following manager Thomas Christiansen’s promising update on the status of star attacker Samuel Saiz, who has missed the club’s last two games through injury, the wing duo are in the firing line to be dropped from the starting XI.

It is said that the impressive form of Pablo Hernandez, who stepped back into the first team set up to replace Saiz after his own injury layoff, means that he is set to keep his place after the win over Burton Albion, leaving fellow attacking duo Cibicki and Alioski as the candidates to be axed.

The Whites had to come from behind to secure a win over the Brewers on Boxing Day, Hernandez scoring with a sublime free kick before Kemar Roofe netted the winner following a Ronaldo Vieira through ball, with the three points keeping the club in fifth place.

Saiz, a summer signing from Spanish second division side SD Huesca, has established himself as a star performer at Elland Road this season, with nine goals in 22 appearances across all competitions for the Whites.

In other Leeds United news, the club must try to poach this bargain defender from a Champions League club ahead of some Premier League giants.