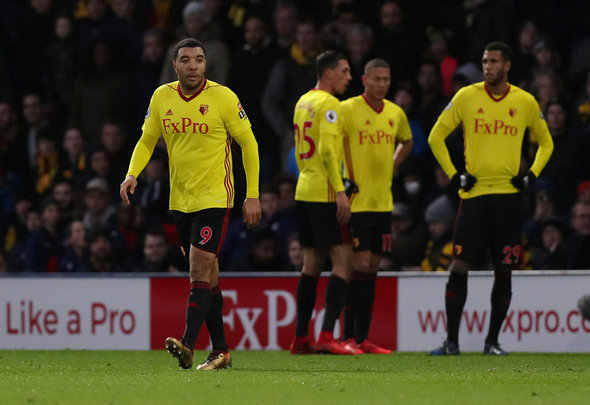 Newcastle United are holding firm interest in securing a transfer swoop for Watford striker Troy Deeney in January but will have to pay a record fee for his signing, according to a report.
The Daily Mail claim on their website that the Magpies are in hot pursuit of the 29-year-old and have ‘concrete interest’ in his capture, but although Watford boss Marco Silva is said to be willing to let the powerhouse forward leave, he is demanding £20million for the club captain.
That fee would see Newcastle smash their current transfer record if they did make a move, with their £16.8million capture of Michael Owen back in 2005 currently the highest fee paid out.
Deeney, who has already missed seven matches as a result of suspension this season, has scored just two times in 13 appearances this season, and has a total of 25 Premier League goals from 88 outings under his belt.
Football Insider verdict
Rafael Benitez is going to struggle bringing anyone in during January with Newcastle’s current transfer pot, and the asking prices show why. While 12 years ago £16.8million would have brought you in a proven top flight goalscorer who had starred for both some club giants as well as England, £20million nowadays is the asking price for a 29-year-old with just two goals and evident discipline issues. The Magpies must end their pursuit of Deeney immediately if that is the real fee slapped on his head by Silva, as there is no way the club’s will ever see eye to eye over the eventual sum to be paid.
In other Newcastle United transfer news, the club have held talks over securing the return of a former attacking star.