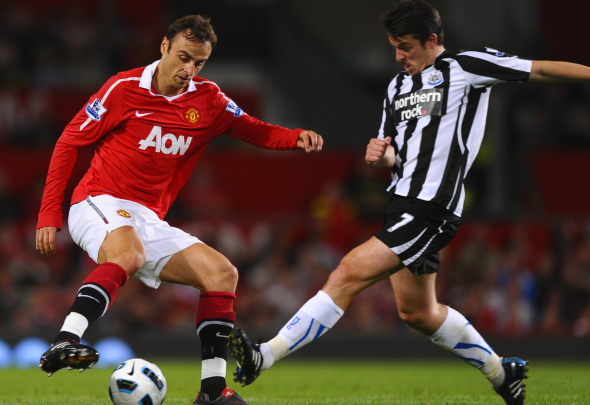 Rafa Benitez is looking to continue his revolution at St. James’ Park this summer by making an audacious bid to sign former Tottenham striker Dimitar Berbatov, according to a report.

The 35-year-old is a free agent after being released by Greek side PAOK at the end of this season, where he scored four goals in 17 games during an injury-blighted campaign.

The Nottingham Post claim that the Bulgarian is in talks to a complete a surprise move to Tyneside, despite playing Champions League football less than two years ago during his time with AS Monaco.

The Spaniard has already spent £25million on new signings as he prepares Newcastle to return to the Premier League at first attempt.

Benitez is obviously keen to bring in proven Premier League experience, and with 94 top-flight goals from 229 matches for Tottenham, Manchester United and Fulham to his name, Berbatov could fit the bill.

Despite being without a club, it remains to be seen whether the Bulgarian would want to move to the Championship side.

Berbatov has said he used to sleep in the famous number 9 shirt and could be tempted to play for his idol’s beloved club.

In other Newcastle transfer news, the Magpies have been told they must pay another £3.5 million to land this Scotland international.