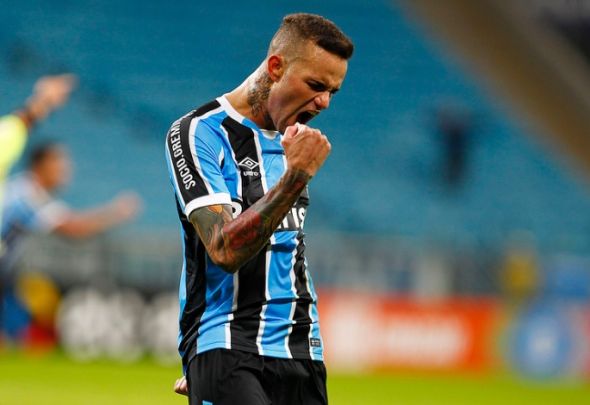 Newcastle United boss Rafa Benitez could snatch Luan from the clutches of his former team Liverpool, as the Magpies are considering a £17.5million bid, according to a report.
The Sun report that the Brazilian has been offered to Beintez for a January transfer, amidst reports suggesting Liverpool are interested in the 24-year-old.
Luan’s dazzling performances have put him in the spotlight for a Premier League team, and have even ignited his international career, being capped twice for Brazil.
The 24-year-old was integral to the Brazil under-23’s Olympic Gold winning team, and has a chance to make the World Cup this year should he keep his electrifying form.
The report states that Newcastle can overtake the Reds in the race to sign him, should they move this January.
Football Insider verdict:
Luan would be a welcome addition to Newcastle’s attacking ranks, who have looked lacklustre of late. The Magpies are sturggling up front, which has had a direct effect on their slide into a relegation battle. The 24-year-old brings with him a creative and powerful presence that is lacking at Newcastle, and if they can beat their Premier League rivals to his signature their chances of Premier League survival will be boosted. The potential sale of Newcastle has had a negative effect on the Magpies and their transfer business, so that could hinder any potential deal, but the link will excite the Newcastle faithful nonetheless.
In other Newcastle transfer news, it has been reported that the Magpies are close to signing this £20m rated keeper.
We’ve launched a << BREAKING NEWS FEED>> exclusively for your club. ‘Like Us’ on Facebook by clicking here if you want 24/7 updates on all Newcastle United breaking news.