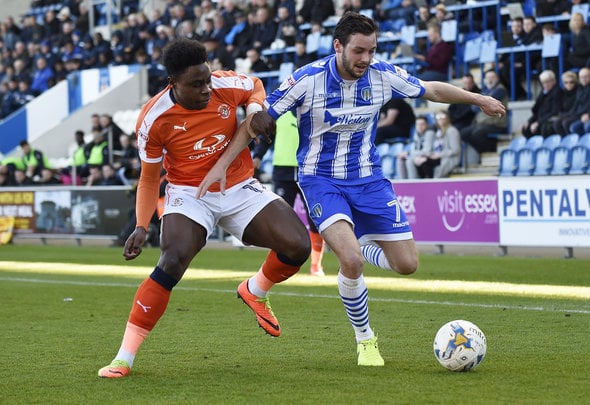 Nottingham Forest are interested in signing Luton Town midfielder Pelly-Ruddock Mpanzu, according to a report.

The Bedfordshire News claim that the Midlands club are lining up a move for the 23-year-old, who can play anywhere across the midfield.

However, the report details that Championship rivals QPR are also considering a move for the League Two star.

Mpanzu has racked up 115 appearances since he moved to Luton in 2014 and has become an ever-present in the starting line-up.

The Hatters reached the League Two play-offs last season before losing 6-5 on aggregate to Blackpool in the semi-finals.

His versatility makes him as vital component of the team and although he is a defensive midfielder by trade, he can also be deployed on both flanks if needed.

Mpanzu was at West Ham as a youngster and failed to cut the grade, but there is a belief that he could be playing higher than League Two. The 23-year-old midfielder has racked up over 100 appearances for Luton and become one of their key performers. Forest manager Mark Warburton should be aiming to bolster his midfield in the summer window, but should look elsewhere for a new signing. The Midlands club need a player that can walk straight into the starting line-up and help them improve drastically from their relegation-threatened campaign last year. Forest should be pushing back towards the top-end of the table and need some proven Championship performers to help them do that.

In other Nottingham Forest transfer news, they are closing in on a deal for a 23-year-old forward.