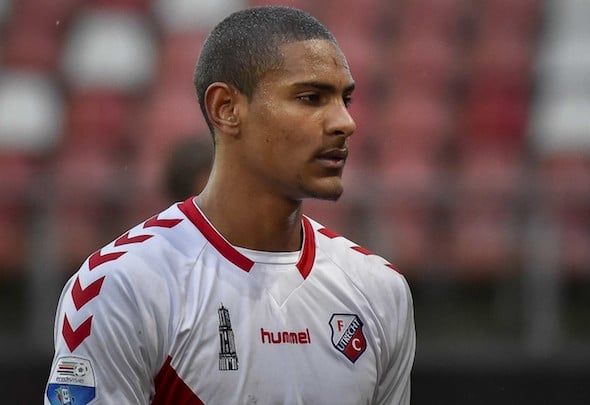 Newcastle target Sebastien Haller is being targeted by Premier League outfit Southamption, according to a report.

The Mail claim Saints boss Carlos Puel is on the look out for a new forward, with Jay Rodriguez set to join West Brom on a season long loan.

It is said that Southampton are hijacking Newcastle’s move for Haller after The Mail reported on Saturday that the Championship club had made contact with FC Utrecht over a deal for the player.

It is said that the prolific Haller, 22, has also been discussed by Everton in recent weeks and is a target for Sporting Lisbon and Monaco.

Newcastle are keen to land the £8million-rated striker as they attempt to secure the final forward signing wanted by manager Rafael Benitez before the transfer window shuts.

Following reports in France, the interest of the north-east giants was corroborated by reliable Chronicle journalist Lee Ryder on Thursday on his personal Twitter account.

French website France Football last month claimed that Everton were leading the chase to win the forward’s signature as they are financially stronger than the other suitors.

Haller scored 24 goals and provided six assists in 42 games in all competitions last season for F.C Utrecht and has begun the new campaign in equally impressive form, scoring two goals in their opening two matches.

But Newcastle have now formalised their chase as they aim to further strengthen the squad of Benitez, who has said this week that he is in the market for a new striker.

Newcastle have outspent all of their Championship rivals in this transfer window by recruiting a host of Premier League players, with pair Dwight Gayle and Matt Ritchie costing a combined £22million.

They picked up their second win of the season on Saturday when they beat Bristol City 2-1.

In other Newcastle transfer news, a 27-year-old signs as Newcastle settle terms on transfer.