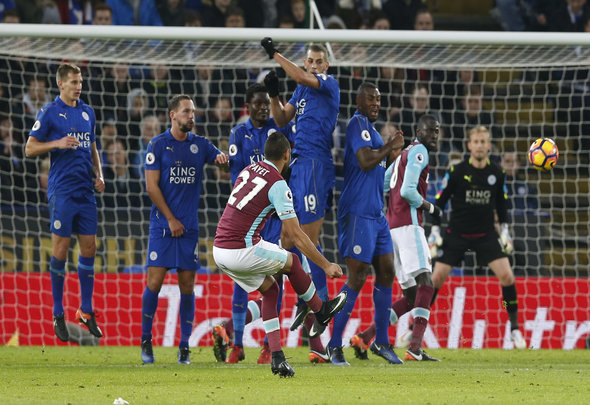 Marseille have tabled a fresh bid for wantaway West Ham playmaker Dimitri Payet, according to a report.

French outlet L’Equipe claim that the Ligue 1 club have offered £26million for the 29-year-old attacker despite the British media claiming that his former side had given up on a deal.

Sky Sports claimed on their website on Friday afternoon that Marseille have “abandoned plans” for the France international.

The report from the reliable L’Equipe would add a fresh twist to the transfer saga surrounding Payet as he tries to force a move away from the London Stadium.

It is said that Marseille are still in the race to sign the free-kick specialist and the club chiefs have not confirmed a collapse in the deal.

However, it is also claimed that the French-based side will have problems submitting a bid higher than the one offered on Friday.

This new offer would be the third reported bid for the Premier League player after the Telegraph claimed that Marseille have tabled two mega offers for Payet, including one of £22million.

Payet was left out of the matchday squad for the club’s 3-0 win against Crystal Palace last time out and last featured as a substitute during their 5-0 home loss in the FA Cup to Manchester City.

Payet has played 22 games in all competitions this season, scoring three goals and supplying eight assists.

West Ham must agree a deal for Payet after his disgraceful actions towards the London-based club. Yes, the Hammers chiefs should try and conjure up as much as possible for the playmaker, but is quite clear that after his actions, he no longer has a future at the London Stadium. He treated the fans with disrespect and should not be allowed to put on a shirt for the club again. The Premier League side should accept a bid for him and use that money to try and signs a striker at the club. The Irons are currently lacking in the attacking department, despite the return of Andy Carroll and another fresh face up top, will see them climb up the table during the second half of the campaign.

In other West Ham transfer news, the Hammers have tabled an offer for this £4.8million Europa League speed machine.