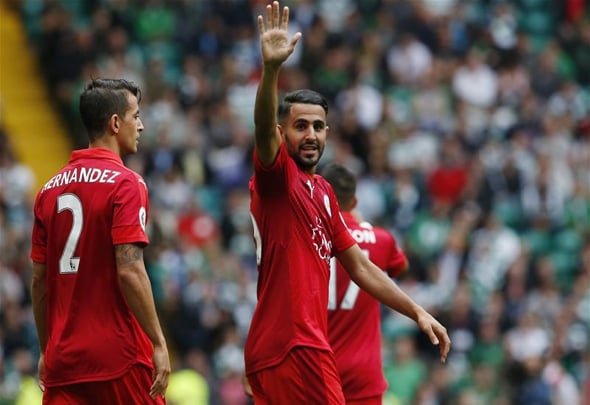 Leicester City are desperate to hold on to their star man, Algerian international Riyad Mahrez, and are locked in talks over a new deal, according to a report.

The Express report that talks are ongoing with the Premier League star, with Leicester manager Claudio Ranieri insisting that his star is going nowhere.

“Riyad will stay with us. He is very happy,” said Ranieri, as quoted by The Express. “I see him every day and he has never talked to me about anything strange.

“If he wants to sign a new contract it is okay with me. It is important he stays with us. Riyad wants to stay, because he wants to continue with us to keep having the experience. Everything else is just speculation.”

It will be a blow for Arsenal fans who are keen to strengthen their squad ahead of the new Premier League season.

It was reported that Leicester are prepared to increase Mahrez’s wages from £40,000 to £100,000 a week, bringing him in line with England striker Jamie Vardy.

Jamie Vardy was strongly linked with the Gunners earlier in the season but eventually decided to remain with the Premier League champions. Vardy has now rejoined the Foxes squad after an extended break following Euro 2016.

Algerian website La Buteur had claimed that the 25-year-old winger would sign for the Gunners and that the north London club were willing to pay £42million for his services.

The Algerian international was the standout performer for the Premier League champions in their title triumph last season with 17 league goals and 10 assists.

Arsene Wenger has managed to strengthen his squad this summer, bringing in youngsters Rob Holding and Takuma Asano, as well as Switzerland midfielder Granit Xhaka.

Wenger has also told ESPN FC that he is prepared to make a big signing if the opportunity arises.

In other Arsenal transfer news, goalkeeper Petr Cech has challenged this new signing to grab his first-team place.