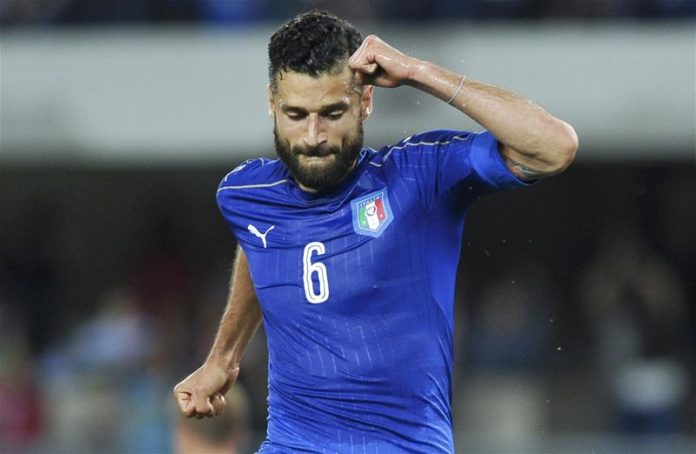 Chelsea have received a massive boost in their pursuit of attacking midfielder Antonio Candreva as Inter Milan are willing to let him leave the club this summer, according to a report.

Calcio Mercato claims that the Italian giants have made the decision to offload the 30-year-old following a number of inconsistent performances last season.

The Italian news outlet claims the Serie A side would be willing to sell the midfielder for a fee around £17.9million and they have informed the West London club about the player’s availability this summer.

The report claims that Inter boss Luciano Spalletti wants the Italian to leave because it would see Manchester United target Ivan Perisic remain at the club and also because he is not a fan of the midfielder’s style of play.

Candreva only signed for Inter last summer for fee around £22million from fellow league rivals Lazio.

The midfielder contributed with eight goals and 11 assists in all competitions during his debut campaign but his performances were not enough to guide the club into Europe next season.

Candreva has proven to be an important part of the Italy national team throughout his career, making a total of 47 international appearances and featuring in the last World Cup and European Championships.

The Italian’s current contract at the San Siro runs out in 2020.

Chelsea boss Antonio Conte will be delighted to hear that Candreva is up for sale this summer as he is reportedly desperate to add some news faces to his squad. The midfielder has demonstrated throughout his career that he is capable of scoring and creating goals and his experience would be a vital asset to the Blues as they prepare to compete in the Champions League next season. Despite his age, £17.9million is a very reasonable amount of money for a player who has represented his country on the biggest stage and he should not have any issues settling down at Stamford Bridge as Conte has already managed him during his tenure as Italy national head coach.