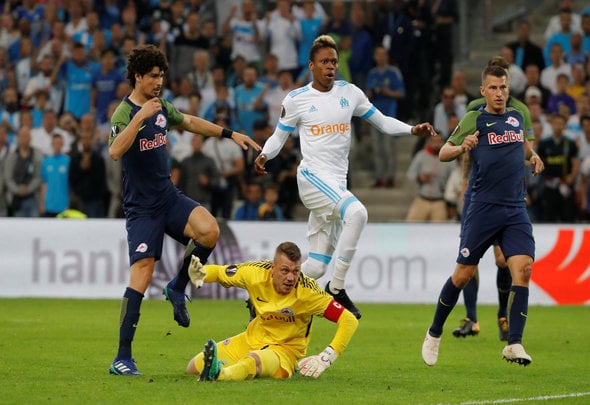 Tottenham and Newcastle United will join a host of clubs sending scouts out to watch the Europa League semi final between RB Salzburg and Marseille on Thursday night, according to a report.

Austrian sports news outlet Laola1 claim on their website that the Lilywhites and the Magpies are at the centre of a mega transfer hunt involving clubs from all across Europe, including fellow Premier League sides Manchester City, Manchester United, Chelsea, Leicester, Everton and West Ham, as they descend on the Red Bull Arena.

Salzburg, who lead the Austrian Bundesliga, head into the second leg of the semi final clash trailing 2-0 on aggregate, with Marseille having taken control thanks to goals from Florian Thauvin and Clinton Njie.

While Salzburg might be pushing for a potential treble this season, with their last few league games and a domestic cup final coming up, they are always going to be at risk of bigger sides coming in and poaching their top talent. The vast array of names on offer in terms of scouts in attendance show just how highly regarded some of both the Austrian side and Marseille’s players are rated, and Thursday night could be their chance to launch themselves into the limelight ahead of the summer. Spurs only need minor changes to their squad after a relatively impressive season while Newcastle might be looking for some quality players at bargain prices with Mike Ashley, a man who does not part with his money easily, still in charge. However they are still unlikely to find anyone in their price range at either cup hopeful, with their respective success in the Europa League meaning they can ramp up the price when summer comes.

In other Tottenham transfer news, the club are set for a massive £87.5million worth of profit as a mega swoop is eyed up.