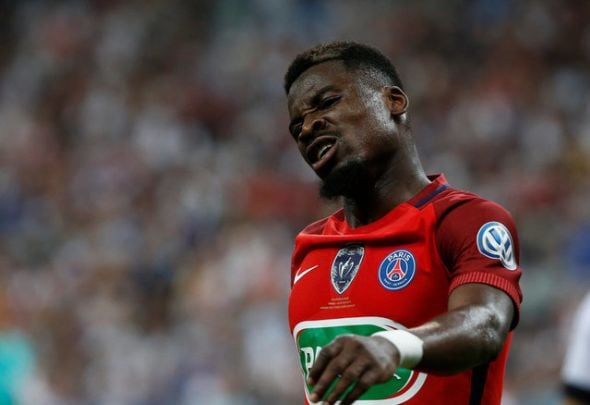 Tottenham are very close to an agreement for the transfer of Paris Saint Germain’s right-back Serge Aurier, according to a report.

French newspaper L’Equipe have reported that the clubs are almost there and claimed the deal would be for around £23million.

L’Equipe had previous reported that personal terms with the player had been almost achieved – agreement was at 95% – and that when this was completed, Daniel Levy would begin negotiations over a fee.

That looks to have gone smoothly, with a move benefiting both sides.

Aurier is surplus to requirements after Dani Alves joined PSG and Tottenham are looking to strengthen the right-back position after losing Kyle Walker.

Tottenham fans will be pleased to see Daniel Levy has finally sprung into action this summer after completing a deal for Davinson Sanchez last week.

Aurier, a right-back powerhouse, made 81 appearances for PSG, scoring five goals and adding 15 assists, and the player has 39 caps for the Ivory Coast.

There’s no doubting his talent, but unfortunately for Aurier off-the-field activity has at times overshadowed his time on the pitch.

The Sun have documented these, including a social media Q&A that involved him criticising his manager and teammates at PSG.

He suffered a suspension for this but then made more headlines when he was jailed last summer for allegedly attacking a policeman.

He is appealing this but spent a night in the cells and was refused a visa when PSG played Arsenal in the Champions League.

Tottenham fans will be hoping that if the deal goes through it will be his talents on the pitch that make all the headlines in England.

Manager Mauricio Pochettino will be getting a gifted right-back if this deal goes through. He might come with baggage but a couple of incidents can be left in the past and Aurier can shine in north London. Poch said that Kyle Walker-Peters wasn’t ready for the Premier League, despite starting him in the opening game of the season. Walker-Peters did okay there, but Aurier is a real upgrade and, along with Kieran Tripper, it means Poch will have two genuinely thrilling players to choose from in that position. For a team that let in the fewest goals in the Premier League last season it might seem odd that Poch has only strengthened his defence this summer, but both offer upgrades and Aurier fills the hole that Kyle Walker left when he moved to Manchester City. Tottenham want to turn Wembley Stadium into a fortress this season and Aurier could be the player that helps them do just that – as well as adding his own powerful runs to the mighty Tottenham attack.

In other Tottenham transfer news, Ian Wright has made this big claim about Spurs this season.