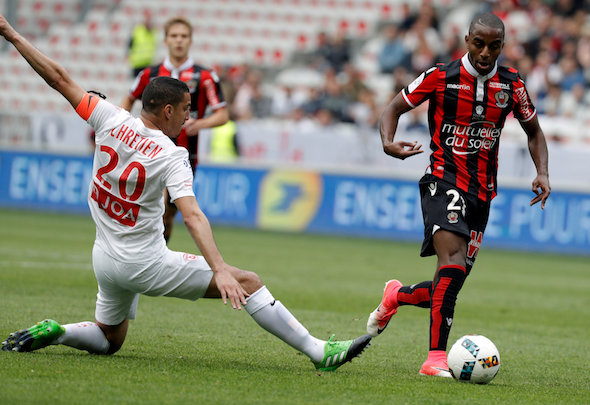 Tottenham are the favourites to sign Porto defender Ricardo Pereira during the summer transfer window, according to a report.

The Sun claims that despite the Portuguese outfit reportedly turning down a £13.6million offer from Spurs earlier this summer, the Premier League side still remain in pole position to secure the 23-year-old’s signature.

The newspaper claims that Spurs sent scouts to watch the 23-year-old in action for the Portuguese club this past weekend as they defeated Tondela 1-0.

Tottenham boss Mauricio Pochettino reportedly believes that Pereira will be the perfect candidate to compete with Kieran Trippier for the right-back position.

It is said that representatives from Premier League rivals Manchester United were also in attendance to watch the Portugal international, alongside scouts from Belgian side Anderlecht and Spanish outfit Real Valladolid.

The report claims that Porto have slapped a £20million price tag on the full-back and Spurs are set to face some competition for his signature with European giants Bayern Munich, Borussia Dortmund and Paris Saint-Germain all interested in him.

The Portugal international enjoyed a fine campaign on loan to Ligue 1 side Nice last season, contributing with two goals and four assists in all competitions.

The defender currently has two remaining on his contract with the Porto.

Tottenham supporters will be delighted to hear that their side are reportedly beating off some of the biggest clubs in world football in their pursuit to land Pereira. Since becoming the Spurs boss, Pochettino has demonstrated that he can take full-backs to the next level with Kyle Walker, Danny Rose and Kieran Trippier all improving since his arrival. There is no doubt that the youngster might be tempted to move to one of the big names but Tottenham is currently one of the best teams in developing young talent and it would have a fantastic move for both parties should they conclude a deal before the end of the transfer window.

In other Tottenham news, Jermaine Jenas has warned that teams like Barcelona and Real Madrid will come call for this star after his dazzling display against Newcastle on Sunday – but it isn’t goal scorer Dele Alli.