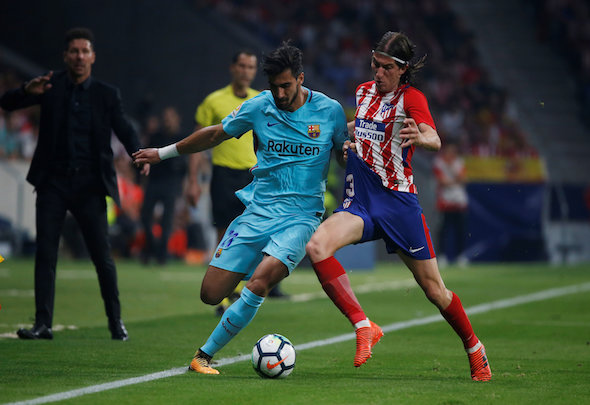 West Ham United are facing a battle with Tottenham for the signature of Barcelona midfielder Andre Gomes this summer, according to a report.

The Sun claims that the 24-year-old is seeking a move to the Premier League after finding minutes hard to come by at the Nou Camp – but has a contract until 2021.

In fact, the Portuguese ace has been handed just five starts this season as Barca strive for yet another title – nine points clear of Atletico Madrid in La Liga.

Despite his lack of game time, Gomes still has a pass completion rate of 89% and can play in the central midfield zone, down the left or right so can offer the Hammers a degree of versatility.

It’s not as though Barca are short of midfield talent so if a decent offer were to come in for Gomes, you could see him leaving Spain. However, whether he would fancy a move to East London after experiencing the heights of the Spanish division is unlikely. Spurs would most likely be his preferred destination and with the future of Mousa Dembele now up in the air, there could be room for a switch to North London where he would be virtually guaranteed a place in the starting XI if the club does move the Belgian international on this summer.  Sorry West Ham, can’t see this one happening.

In other West Ham news,