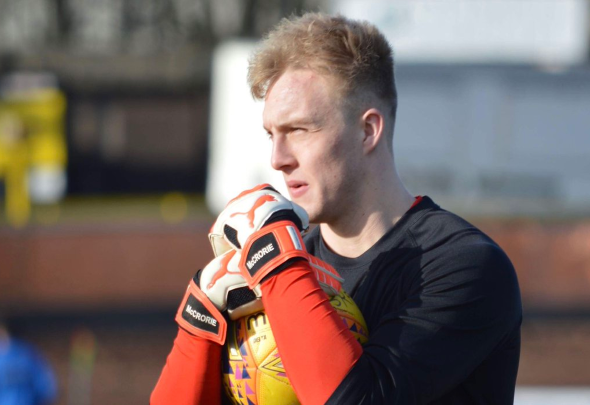 Rangers goalkeeper Robby McCrorie is being lined up for a season-long loan with Scottish League One winners Ayr United, according to a report, and it is a make-or-break opportunity for the goalkeeper’s long-term career prospects at Ibrox

According to the Scottish Sun, he is set to build on last season’s loan with Berwick Rangers by jumping up a few levels and joining the Honest Men.

McCrorie was a stand-out for Berwick during his campaign at Shielfield and won a place in Scotland’s Under-21 squad for this summer’s Toulon Tournament and will face in increase in quality of the opposition if he heads to Somerset Park.

McCrorie needs to go out and get more games next season after enjoying an impressive season at the Wee Gers. A move to Ayr represents a big leap in quality and should really help the 20-year-old continue his development and prepare him to make the step up to the first-team at Ibrox and challenging Wes Foderingham and Allan McGregor for the gloves.

But a poor season could really dent his long-term chances of cementing a first-team place a Ibrox.

McCrorie has a massive future ahead of him and it won’t be a surprise to see him and twin brother Ross in the starting XI at Ibrox for years to come – as well as the national team.

Although he’s unlikely to be following Ross into the first-team at Ibrox in the near-term it is almost certain that he will continue his progression and become the long-term number one goalkeeper for the Gers if he continues to impress as he has.

At only 20, the shot-stopper has a mature head on his shoulders which should help him make the most of his loan spells and impress the Gers coaching staff – but he certainly wouldn’t be the first to go out on loan, disappoint and then see his career trajectory sudden look far lower than it had previously.

There’s a lot can happen over the course of the season and the 20-year-old has a huge chance to push himself up the pecking order.