Noel Whelan fumed over the idea that Arsenal attacker Eddie Nketiah could join Aston Villa on loan for the rest of the season.

Speaking exclusively to Football Insider correspondent Laura O’Leary, the ex-Leeds striker questioned whether Nketiah would get game time with the Villans after he struggled to nail down a first-team spot in Marcelo Bielsa’s side.

Football Insider recently revealed that the Villans have tabled an offer of above £1million to take Nketiah on loan for the season but face competition getting him from Championship trio Bristol City, Sheffield Wednesday and Nottingham Forest. 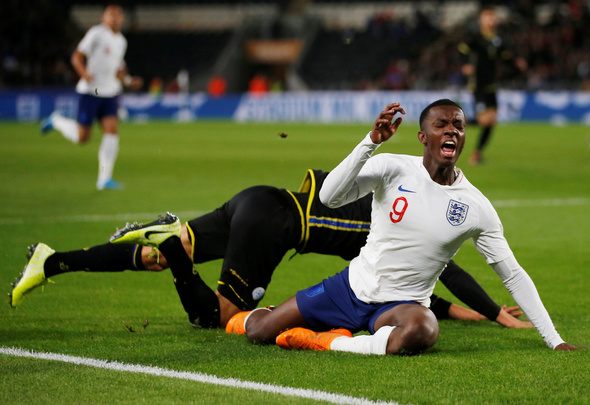 Whelan suggested Nketiah would be better off playing for Arsenal’s U-23s rather than joining Villa to sit on their bench.

When asked about the Villans tabling an offer for Nketiah, Whelan told Football Insider: “Well is he going to get in the Aston Villa side? That’s the thing.

“He would have been better off staying at Leeds United, getting more minutes, it means nothing if you’re at a Premier League side and sitting on the bench.

“He might as well stay at Arsenal, and play for the U-23s quite honestly.

“He is not going to make any more progress in his career at Aston Villa than he would have at Leeds United.

“And he would have got more game time and worked under a fantastic manager, Dean Smith is fantastic, but he was settled at Leeds so I find it a little bit ridiculous.

“But if that ends up being his choice, that’s his choice.

“You can’t moan about the player wanting to play at the highest level, but he could have been part of something special.

“And now he could be part of a relegation battle.”

The 20-year-old forward spent the first half of his campaign on loan with Leeds and managed to score five goals in 19 outings for them.

Nketiah has featured a total of 19 times for Arsenal’s first-team so far in his career, scoring three goals in the process.