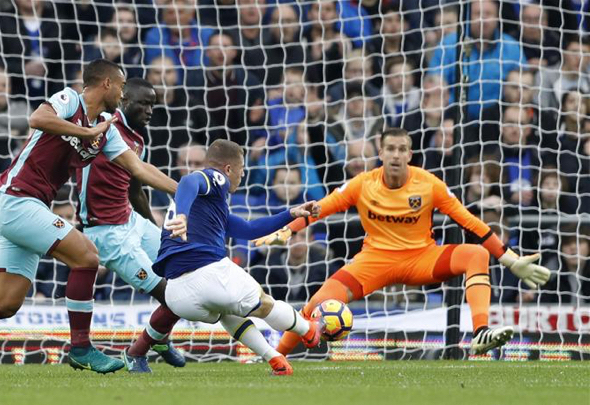 The Evening Standard reported last week that Spurs have made a “tentative enquiry” for the playmaker, who’s is valued at a minimum of £35million by Everton.

Barkley is enduring a difficult season with the Toffees and has scored three goals in 17 appearances, but was once regarded as one of England’s brightest young talents.

The 23-year-old has struggled to impress under manager Ronald Koeman and could be tempted for a move away from Goodison Park to kickstart his carer.

Savage claims that Barkley needs a change in his career and that Spurs would be a good option for him.

“I think Ross Barkley needs a change,” Savage told BBC Radio 5 live. “I think Spurs were linked with him and looking at that team I think he would fit in nicely in there.”

Barkley has made 157 appearances for the Merseyside club and is often criticised by supporters for his performances.

The attacking midfielder has scored just 24 goals for the club and has gone quiet after his strong breakthrough into the first team.

Spurs are hopeful of competing for the Premier League title this season and manager Mauricio Pochettino may want to strengthen his squad in the January transfer window.

Barkley will be familiar with several of the Spurs players from international, with a strong English core at the heart of the team.

The playmaker would be competing alongside the likes of Dele Alli, Christian Eriksen and Heung-Min Son if he completed a move to White Hart Lane.

Pochettino has switched around his formation in recent weeks and is still trying to find his best system, but the Argentinian is persistent on playing a good attractive brand of football.

In other Tottenham news, the club’s supporters reacted on Twitter after the club table a reported £20million bid.