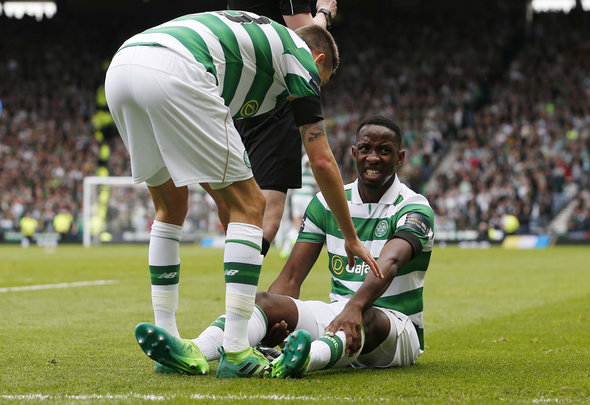 Brendan Rodgers has confirmed that Moussa Dembele will be fit and ready to take part in Celtic’s clash with Ross County on Saturday.

Dembele, 21, has been out of action since late July with a hamstring injury and is yet to feature in domestic competition for the Hoops so far this season.

The Frenchman was a key part of the Bhoys squad that won the treble last term but injuries have hampered his time in Scotland for a good chunk of 2017.

However Rodgers has now been indirectly quoted by the official Twitter account of Superscoreboard as saying that Dembele “will return to the squad” for the clash with Ross County.

Celtic manager Brendan Rodgers says Moussa Dembele will return to the squad for this weekend's game with Ross County.

Dembele appeared in both of the Champions League qualifier clashes against Linfiend in July but has been sidelined ever since and there has been much speculation about when he can finally return.

It’s unlikely that the ex-Fulham forward will walk straight into Celtic’s starting line-up for at least a couple of weeks until he returns to full fitness.

Leigh Griffiths has also been in top form for the Bhoys while summer signing Odsonne Edouard, who was brought in as a third choice striker, scored on his debut against Hamilton last week.

Dembele scored a stunning 32 goals in 49 appearances across all competitions last season and it will no doubt be a massive boost for him to return this weekend.

In other Celtic news, fans have reacted to the news that a Premier League club is eyeing a January swoop for this Hoops defender – but it isn’t Kieran Tierney.