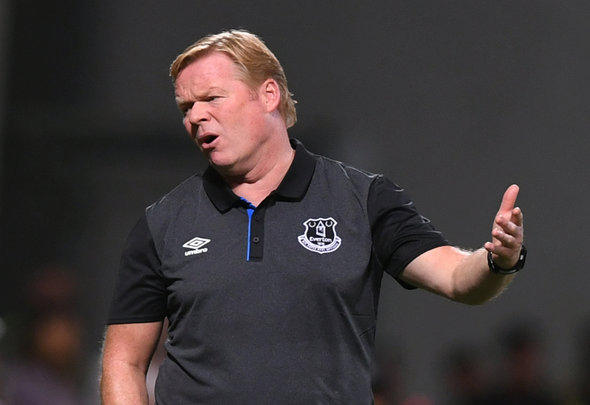 Ronald Koeman has confirmed that James McCarthy is available to return to training on Friday after missing the start of the season with a knee injury.

McCarthy, 26, has not kicked a ball for the Toffees in a competitive setting since the start of March after a hamstring injury ruled him out for the latter stages of the 2016/17 campaign.

After coming back in the pre-season he was once again dealt with a setback in August.

However it seems that the Republic of Ireland is making considerable gains in returning to full fitness with Koeman revealing that he is now able to take part in training this week while also earning a call-up to his national team.

The Everton boss was unhappy with Martin O’Neill when he called McCarthy up to the Ireland squad earlier this year as he suffered with injury problems and he has hinted that he is still not overly pleased with his latest inclusion.

“Every nation is free to call the players. They need to see the player, and then if it’s possible,” said Koeman ahead of his side’s Europa League clash with Apollon on Thursday, as quoted by Sky Sports.

“I heard from the doctor he can be part of the team for training this Friday. But his last game was in July. I think that is the answer for you.”

McCarthy made just 13 appearances across all competitions for Everton last season, scoring one goal and supplying two assists in the process.

Although he is boosted by being back in training on Friday, it may still be some time before he is featuring in the senior squad.

In other Everton news, the Toffees have sounded out a potential January swoop for this £20millon-rated striker.