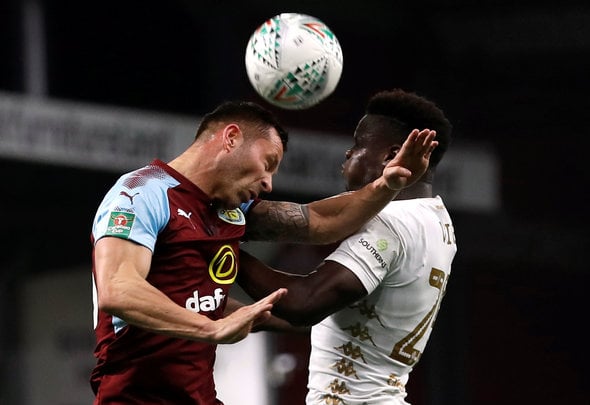 Ronaldo Vieira has claimed that Thomas Christiansen’s change of tactics played a major part in helping Leeds United end their poor run of form and beating Bristol City on Saturday.

Goals from Samu Saiz, who bagged a first-half brace, and Pierre-Michel Lasogga earned Leeds an emphatic 3-0 victory at Ashton Gate, which ended a three-game losing streak to put them back up to fourth place in the Championship table.

Vieira, 19, was drafted to start his first league game of the campaign on Saturday having struggled to impress Christiansen, as well as having injury difficulties, in the opening months of the season.

He was fielded in a midfield trio with Eunan O’Kane and Kalvin Phillips, and it seemed that had a major effect on how the Whites played against the Robins.

England Under-20 international Vieira believes that his inclusion, as well as a change of system, saw more physical presence welcomed into the side – something which he reckons Leeds had been missing in previous games.

“We played all three of us; me, Eunan and Kalv, because we just needed that physicality in the middle of the park, which we didn’t have in the previous games,” he said to BBC Radio Leeds, as shown on the BBC website.

“I thought the tactics were good. What he [Christiansen] told us to do, we did and it won us the game.

“Just in that physicality in midfield and when we needed to get forward, we got forward with the three up front and the help of Kalvin and one of us. We did it brilliantly.”

Vieira had only made three starts all season before Saturday, with all of them coming in the Yorkshire club’s impressive League Cup run where he has played every minute and even scored one goal.

Next up for the Whites is a return to the League Cup competition to face 2015/16 Premier League champions Leicester City at the King Power on Tuesday night where Vieira will no doubt be looking to start once again.

In other Leeds United news, Andrea Radrizzani slammed the Whites fans on Twitter after the win against Bristol City.