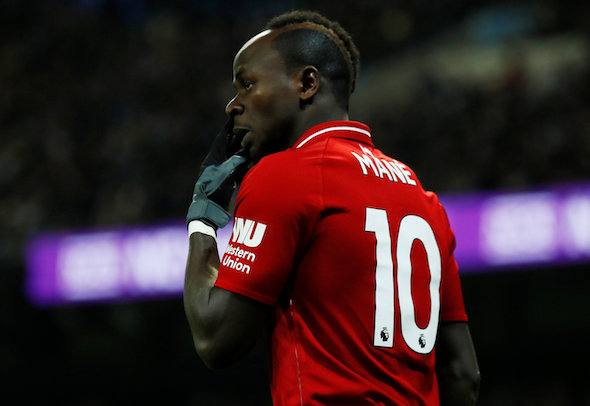 Zinedine Zidane has asked Real Madrid to sign Sadio Mane from Liverpool ahead of the summer transfer window, according to Marca.

Monday’s edition of the Spanish sports daily claim Real have ramped up their interest in the Senegalese attacker appears since the return of Zinedine Zidane to the Bernabeu dugout.

Marca’s cover – which shows a smiling Zidane comforting Mane after the 2018 Champions League final, in which Mane scored Liverpool’s consolation in a 3-1 defeat to Real – indicates that the Frenchman is ready to make a move for the forward.

In one way, Liverpool fans should be a little concerned that Marca, which has a hotline to the Real hierarchy, are splashing their front page with Zidane’s eagerness to sign their player, who has been the most destructive forward in Europe over the last few months whose name is not Lionel Messi. Mane has banged in 11 goals in his last 11 games, including the opener against Fulham just before the international break as the Reds returned to the top of the Premier League and a sensational Champions League strike as Liverpool toppled Bayern Munich at the Allianz Arena. Real have the prestige and financial clout to entice Mane from Liverpool, and the club’s owners FSG have caved in to the Spanish mega clubs over Luis Suarez and Philippe Coutinho over the last five years. Nevertheless, Liverpool can confident of staving off Real’s interest, given Mane’s clear happiness in playing for such a fine side, the new contract he signed last year and the impressive strides the team are making under Jurgen Klopp, a manager who clearly thinks the world of him.