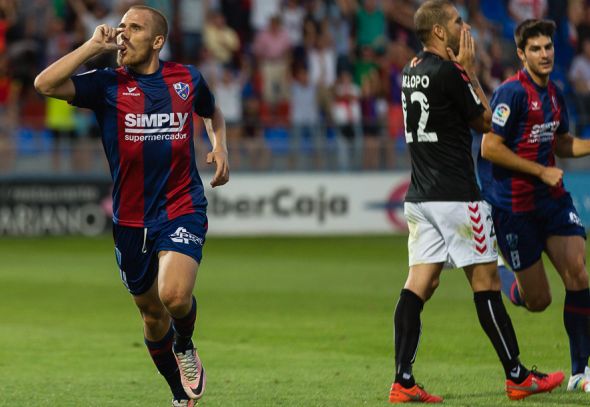 Samuel Saiz has revealed that he is “proud” of being handed the number 21 shirt at Leeds.

It is the same number that was worn by Elland Road icon Tony Yeboah, and summer signing Saiz, 26, had his first chance to showcase his talents wearing the Whites kit in front of the Elland Road faithful on Saturday.

The Spanish playmaker came off the bench in the second half of Leeds’ 2-0 friendly victory over Oxford United, which was won by goals from Kemar Roofe and Stuart Dallas.

The United supporters have already made it clear of how much they enjoyed seeing Saiz in action for the first time at Elland Road, and the former Real Madrid man is eager for next weekend to come around when Thomas Christiansen’s men kick off their Championship season at Bolton.

“First match at Elland Road. Can’t wait for the season to start. Feeling proud of wearing Leeds’ number 21 like Tony Yeboah,” he said on his personal Twitter account after the match on Saturday.

Saiz is one of a number of players to have signed for Leeds this summer in what has been a major overhaul of the first-team squad.

The Spaniard signed for the Whites from Huesca in a deal worth £3million, and has been joined by players such as Mateusz Klich, Vurnon Anita, Felix Wiedwald, Ezgjan Alioski and Matthew Pennington in joining the Yorkshire giants.

Christiansen’s first competitive match in charge of Leeds comes next Sunday when his side travel to newly-promoted Bolton.

In other Leeds news, the Whites’ interest in this Premier League attacker looks to have cooled down following a breakdown in talks.