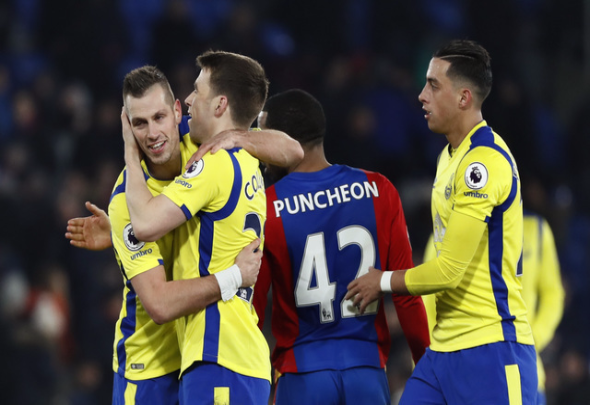 Everton midfielder Morgan Schneiderlin has reacted with delight after a video emerged on social media of fans singing his name.

He has made two appearances for the Toffees since his move and has already been embraced by supporters.

The France international shared on his personal Twitter account on Sunday evening that he would hope to give fans plenty of opportunities to sing his name after a video emerged of supports chanting for him.

Love it 😁😁! Hopefully I will give you a lot of opportunities to sing it again 🔵⚪️!! #coyb https://t.co/zCuaiXS9H6

Schneiderlin starred under Koeman at Southampton during the 2014-15 campaign before moving to United in a £24million deal.

However, it didn’t work out for him at Old Trafford and he struggled to fully establish himself in the side under both Louis van Gaal and Jose Mourinho.

He will now be looking to recapture his old form and bolster an Everton side which currently nestles in seventh place in the English top flight.

The Toffees will face Stoke in the league next on Wednesday and Schneiderlin will hope to make his first start for the club after two substitute appearances.

In other Everton news, the Toffees are eyeing this two-time Premier League winner.