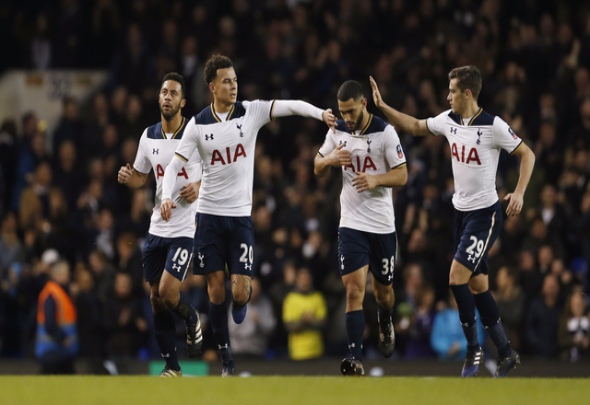 Scott Minto has backed Tottenham trio Son Heung-Min, Dele Alli and Christian Eriksen to come in and step up for the injured Harry Kane against Southampton on Sunday.

Mauricio Pochettino will be without his top scorer for the Premier League clash at White Hart Lane after he injured his ankle during the 6-0 win against Millwall in the FA Cup last Sunday.

His absence will be a blow to the Champions League chasers because he has scored an impressive 19 goals this season – joint top scorer in the PL with Romelu Lukaku.

As a result, the England international will leave a big hole in attack with Spurs looking to maintain their top four status by securing a much-needed three points.

Sky Sports presenter Minto backed the home team to record yet another win, but he has warned them that it won’t be easy.

“Harry Kane being out will be a big blow,” Minto told Coral’s official YouTube account. “But, Son, Dele Alli and Christian Eriksen can come in and step up.

“I think it might be one of those games where they have to just grind out a win rather than being absolutely fantastic.

“I cannot see Southampton scoring, but I can see Spurs getting at least one, maybe two towards then end. For me, it’s a Spurs win, keeping a clean sheet.”

Midfielder Alli is the club’s next best goalscorer after Kane with an impressive 13 goals in 26 league matches for the youngster.

By contrast, versatile attacker Son has found the back of the net on seven occasions in the league, including a hat-trick in the FA Cup last time out.

Denmark international Eriksen has been more of a provider for Pochettino this term, scoring five goals in 26 league games added with his ten assists.

In total, Eriksen has assisted 16 goals during this campaign, including one each in the Champions League and Europa League.

In other Tottenham news, fans react on Twitter to Luka Modric’s comments.