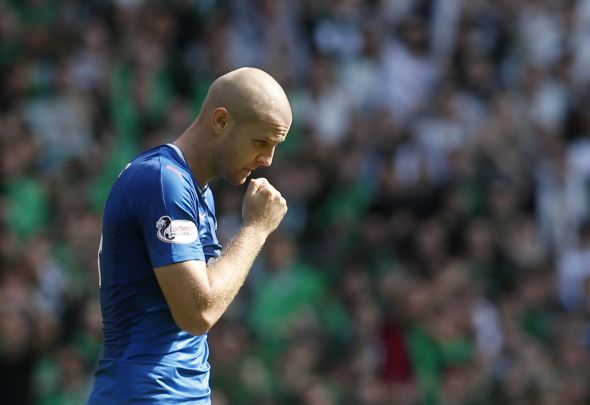 Former Celtic defender Ramon Vega claims Philippe Senderos may never recover from his awful Rangers debut in the Old Firm derby after he was sent off.

The Swiss international was flung into the deep end as his Rangers’ side were thashed 5-1 in a humiliating debut for Senderos after he was sent off in the 75th minute.

Vega admitted it would take a lot for his compatriot to recover from the incident and stated it is largely down to the fact it was against Celtic that his Rangers debut was under so much limelight.

“There would have been less attention on him had he been sent off against a Kilmarnock or a Dundee,” Vega told World Soccer, as reported by the Daily Record.

“Unfortunately, for him, it was against Celtic at Celtic Park in front of 60,000 people. That puts it into a different perspective. The media and the fans will not let him forget about it.

“I’m sure Rangers will do all they can to help him. I’m hoping he does have the mental strength to get over the Celtic game.”

Senderos joined Rangers as a free agent in August when he signed a one year contract following a two-week trial but was only signed talks with Joleon Lescott fell through.

The 31 year-old has made just one appearance for Rangers since their defeat against Celtic in September and that was against Partick Thistle on the opening weekend of October.

The former Arsenal centre-back picked up a booking during that clash too and has not featured Rangers in over a month now, suggesting his Ibrox career is hanging by a thread.