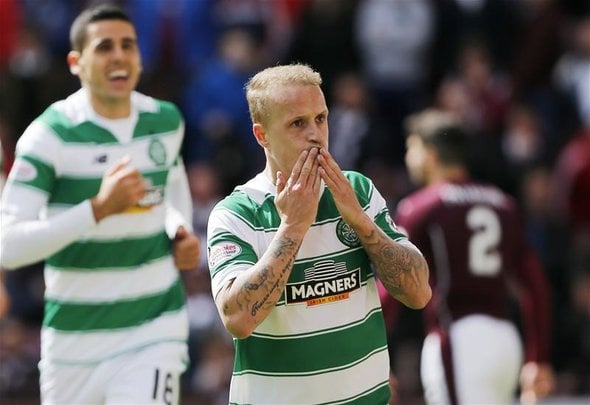 Brendan Rodgers will want his Celtic side to emphatically beat Inverness on Sunday in an attempt to restore the confidence of the players.

The 47-time Scottish Premiership champions were demolished 7-0 by Barcelona on Tuesday night in the Champions League, as Lionel Messi, Luis Suarez and Neymar ran riot.

A quick return to form is the key for the Hoops’ boss to increase morale, and fast-tracking Leigh Griffiths’ return from a hamstring injury could a risk worth taking for Rodgers.

The added goal threat of the Scotland international will get Celtic firing on all cylinders once again, and Rodgers could play Griffiths alongside Old Firm hat-trick hero Moussa Dembele in an untried 4-4-2 system as the former Liverpool manager looks to get back to winning ways.

Speed merchant James Forrest could come in on the right of midfield to replace Manchester City loanee Patrick Roberts, who was largely ineffective against the Spanish champions on Tuesday.

Defender Mikael Lustig should also be axed, paving the way for Griffiths to add another attacking dimension to the line-up.

Scotland stalwart Craig Gordon must also come into the side, as new signing Dorus de Vries has conceded nine goals in three games.

Celtic will be hoping to continue their 100% record in the Scottish Premiership this season against Inverness on Sunday, and extend their lead at the top of the table to five points.

In other Celtic news, fans have reacted on Twitter after Joey Barton was told to stay away from Rangers training.