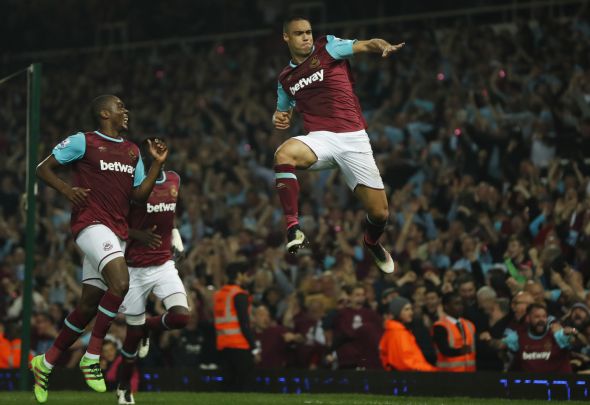 The New Zealand captain was full of admiration for the Hammers goalscorers, after Slaven Bilic’s side secured a 2-1 win against their London rivals to progress into the quarter finals.

Posting on his personal Instagram account, Reid declared his delight at beating Antonio Conte’s side in front of the London Stadium as they face Manchester United in the next round.

What a great night yesterday in front of all our fans want to continue this run we have going well done to my brothers @e.fernandes31 & @roilionpapis8 👌👌🔥🔥 #Coyi

Kouyate gave the East London based side the lead in the first half with an inch-perfect header, after climbing higher than John Terry to find the net past back up Chelsea goalkeeper Asmir Begovic.

New signing Fernandez then continued his superb start to life at the London Stadium to score the all-important winner, with a low strike from the edge of the area.

Reid, who started alongside Angelo Ogbonna, was integral to the Hammers emphatic victory as they secured their third win on the bounce against the Premier League giants.

The Hammers next face Everton on Sunday, as they look to maintain their turn of form that has seen Reid and co. move from the Premier League relegation zone to a much healthier 15th place.

Three points against the Toffees could see the Hammers move into the top half of the table.

In other West Ham news, fans have reacted on Twitter to the crowd trouble that occurred on Wednesday night.