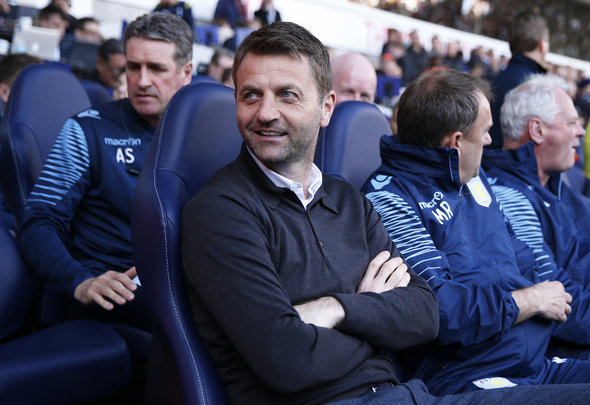 Former Tottenham manager Tim Sherwood has said that Harry Kane is already a better player than Newcastle United and Premier League legend Alan Shearer was at his age.
The 24-year-old old has been in imperious form in front of goal this season, with 24 goals in 26 appearances across all competitions, 18 of which have come in England’s top flight.
Having picked up two successive Premier League golden boot awards, and netted over 20 league goals in each of the last three seasons, Kane proceeded to break Shearer’s 22-year-old record for the most Premier League goals scored in a calendar year, finishing 2017 with 39 strikes to his name.
With 56 goals for club and country across all competitions last year, Sherwood, who took charge of the club for five months before being sacked in 2014, believes Kane is a better striker than the top flight’s record holder Shearer was at his age.
He told Sky Sports during their coverage of Tottenham’s clash with West Ham (04/01, 19:30): “He is a wonderful player but he will certainly think there is still room for improvement because he’s a player who wouldn’t rest on his laurels.
“Kane wants to break all Premiership records and a man who’s holding that is a guy I know very well as well, Alan Shearer.
“There are certainly a lot of similarities there, two English strikers who bully defenders and are good finishers off both their feet. It’s hard to say he will be better than him because Alan Shearer was some player but he’s certainly going the right way about it, I think he is a better player than Alan was at this age .
“He will progress even further because of the mentality of Harry Kane, he never thinks that the job is done.”
By the time of his 25th birthday, Shearer had scored 136 goals in 281 appearances for both Southampton and Blackburn Rovers across all competitions, whereas Kane has already usurped him with 139 goals in 252 outings for Spurs, Leyton Orient, Millwall, Norwich City and Leicester City.
The Newcastle icon currently holds the record for most Premier League goals with 260 goals in 441 appearance.
In other Tottenham news, the club are already in hot pursuit of the perfect replacement for Toby Alderweireld.