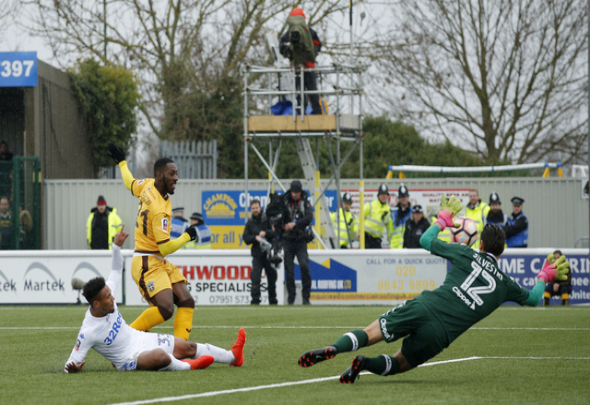 Sutton attacker Roarie Deacon posed a lot of questions to the Leeds defence on Sunday in his side’s shock 1-0 victory, and Whites fans on Twitter now want the club to sign him.

The 25-year-old former England Under-19 international dropped down to non-league level after featuring in the youth teams of Arsenal and Sunderland alongside professional appearances for Stevenage and Crawley.

He was handed a chance to show his talent again on the big stage on Sunday with the match against Leeds broadcast on BT Sport and he grasped the opportunity with both hands.

The speedster caused a lot of problems to young full-back Tyler Denton on the left and at times the 21-year-old could not cope with him.

Many Leeds fans feel as though they need a new attacker before Tuesday’s deadline and Deacon’s display certainly caught the attention of a lot of supporters.

@TheSquareBall Anybody else thinking we'll probably sign Deacon before Tuesday?

Deacon can play on either side of the pitch as well as in the central position and the majority of his appearances this campaign have come in the secondary striker role.

The player has six goals and six assists from his 31 appearances for 16th placed Sutton and he will be hoping to get back into the Football League as soon as possible.

In other Leeds transfer news, the Whites are in a big-money chase for this £7million-valued Premier League wide man.