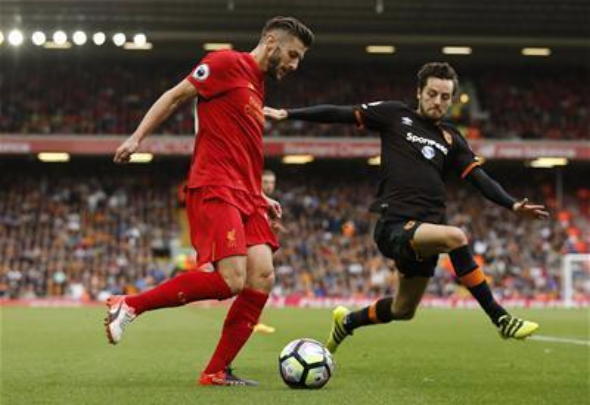 The 28-year-old has enjoyed a great start to the season with the Merseyside club and helped them to reach the summit of the Premier League.

He has featured in all 11 of the league games and has become a crucial player in Jurgen Klopp’s side.

Lallana has been included named in Gareth Southgate’s England squad as they prepare to face Scotland on Friday in a World Cup qualifier, before facing Spain in a friendly match.

Sky Sports pundit Le Tissier claims that Lallana is in phenomenal form and is best suited to the central number 10 role for England.

“I ask myself who England’s best player is and on current form I’d probably say Adam Lallana,” Le Tissier said, as quoted by Sky Sports. “He tends to be pushed out wide though and I’d like to see him in the number 10 role. He’s happy to go both ways so playing him central gives him so many options.”

The England international made a slow start to his Anfield career but has excelled this campaign under Klopp, slotting alongside Jordan Henderson, Georginio Wijnaldum or Emre Can in the midfield.

He has look impressive in his 12 appearances across all competitions this season, scoring three goals and supplying five assists.

In other Liverpool news, the club’s supporters have reacted on Twitter to Simon Mignolet punching Tottenham’s senior man.