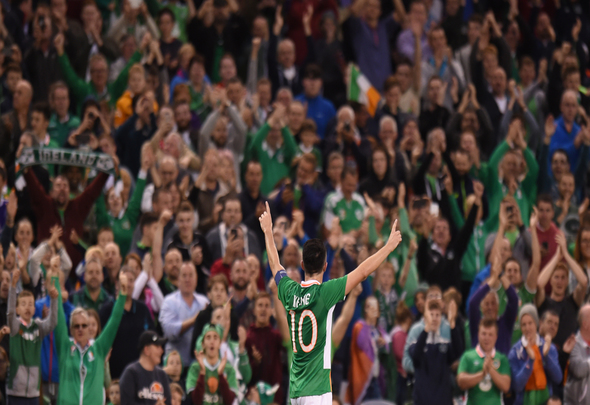 Wolves are not trying to re-sign Robbie Keane 19 years after he first left Molineux, according to a report.
Sky Sports claimed on their live transfer blog on Thursday [03:51PM] that Keane, 37, has no option of getting out of his deal at Indian Super League side ATK and will not be signing for the Championship leaders this month.
This came after freelance reporter Tim Nash, formerly of the Express and Star, claimed on his personal Twitter account on Wednesday night that the former Tottenham and Liverpool forward is being lined up by Nuno Espirito Santo as he prepares the second half of his bid for promotion.
However in a major development, it is now understood that is not the case and Keane is very likely to stay at ATK in India.
Keane began his professional career with Wolves and has played for a plethora of clubs across the globe since including Inter Milan, Leeds United, Coventry, Aston Villa, Celtic and LA Galaxy.
The former Republic of Ireland international has proven himself to be a reliable goalscorer over his lengthy career and is the 14th highest scorer in the history of the Premier League.
Football Insider verdict
This is good news for Wolves really. Even though they are well ahead at the top of the Championship, they don’t really need to offer any kind of nostalgia by what would be a bit of a daft signing in Keane. Now that Rafa Mir is at the club to accompany Leo Bonatini in attack, Wolves don’t really need another striker. They are fine as they are and they are best off waiting until they are official a Premier League club in the summer before making a move for anyone else because it’s likely better options will be available. Keane would have offered nothing except a bit of a morale boost, but the club is not in short of supply of that at the moment.
In other Wolves news, this goalscoring colossus has jetted in for a medical at Molineux.
We’ve launched a << BREAKING NEWS FEED>> exclusively for your club. ‘Like Us’ on Facebook by clicking here if you want 24/7 updates on all Wolves breaking news.