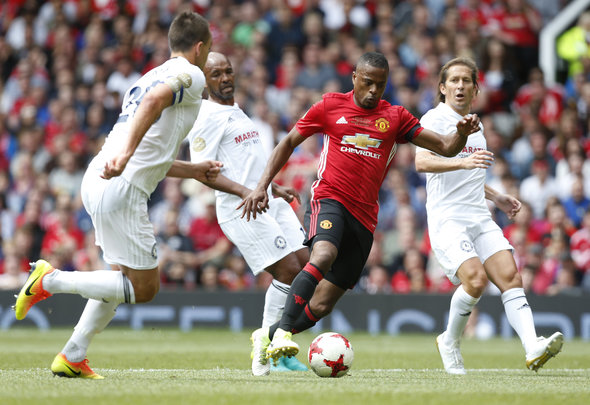 Everton are interested in a swoop for free agent Patrice Evra but he looks set to join up with Premier League rivals West Ham on Wednesday, according to Sky Sports.
The broadcaster claim on their official Twitter account that both top flight clubs have been keen on snapping up the 36-year-old on a bargain deal but that it is the Hammers who have secured his capture, with a move to London said to be more appealing to the French international.

Sky sources: Patrice Evra expected to sign for @WestHamUtd tomorrow. He is also of interest to @Everton but would prefer London move. #SSN pic.twitter.com/K8M3S51Egi

The former Manchester United man, who won five Premier League titles for the Red Devils, has been without a club since November, when Olympique Marseille tore up his contract after he attacked a fan in a Europa League outing.
Football Insider verdict
The experience of Evra seems to be something which appeals to a number of top flight sides but there will no doubt be questions asked over whether he has what it takes to succeed once again in England. He has been without a club for months, so he will be severely lacking in terms of match fitness, and at 36 he will not be the player he once was. A short term move seems the only option and there would be no surprise if he announced his retirement at the end of the season. As for the clubs interested, Everton could probably do with him more than the Hammers, but unfortunately for Sam Allardyce geography has meant they miss out.
In other Everton news, fans have taken to Twitter to react to former boss Ronald Koeman’s Twitter announcement.