The 28-year-old is likely to complete a move to the Premier League new boys this summer, as Sky Sports reported that the two sides are in talks after Villa accepted a £6million offer.

Speaking on Sky Sports’ Live Premier League show after Boro’s 0-0 draw with Leicester, Quinn claimed that the Benin international would not be good enough in the Premier League.

“Gestede is the one that’s being brought in, but he isn’t doing enough in the Championship,” Quinn said.

“Steve Bruce wants to get them into the play-offs, but if Gestede isn’t the man to do it in the Championship, I’m not sure if he can provide goals in the Premier League.”

Villa are willing to sell the target man as they possess an abundance of attacking options. The likes of Jonathan Kodjia, Ross McCormack and Jordan Ayew are all vying for a place in Bruce’s side.

Libor Kozak, Rushian Hepburn-Murphy and Gabby Agbonlahor are also on the books at Villa Park, with Gestede likely to be replaced sooner rather than later at the Midlands giants this month.

With just four goals in 19 league and cup matches, the target man has struggled to break into Bruce’s side this season with £15million summer signing Kodjia remaining as first choice.

Plying his trade in the Premier League with Villa and Cardiff throughout his career, Gestede has managed just five goals in 35 PL appearances and Quinn could have a point. 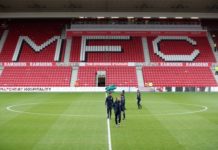 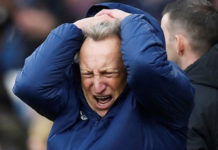