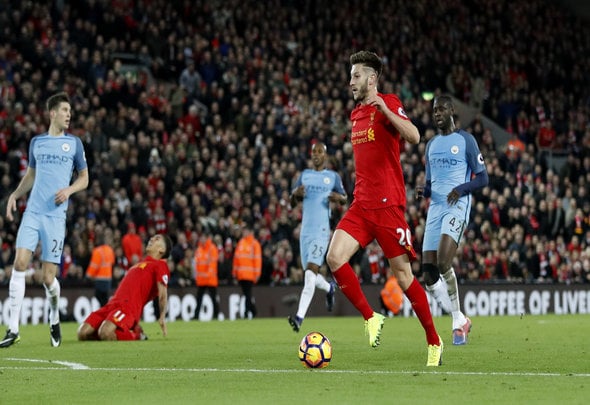 The 28-year-old has become a crucial player under manager Jurgen Klopp this season and has played in a variety of positions for the team.

The England international has thrived as a central midfielder for the majority of the campaign, but has also played as an attacker during Sadio Mane’s absence to the Africa Cup of Nations.

“I think (Roberto) Firmino’s form dipped a little bit, and even Lallana, who is our main go-to player has looked a bit tired,” Thompson said, as quoted by Sky Sports. “All the high intensity that Klopp’s sides play combined with the heavy workload has resulted in a general dip in form.”

Lallana is enjoying his best season at Anfield and has emerged as a main driving force behind their title push.

The Merseyside club are currently fourth-placed in the Premier League table and will be hoping to close the 10-point gap to leaders Chelsea.

Lallana has made 23 appearances across all competitions this season, scoring seven goals and supplying seven assists.

However, the midfielder has not scored in any of his last six games and has looked effective in a more advanced role on the pitch.

Liverpool still have games agaisnt Southampton, Wolves and Chelsea to face in January and Lallana’s heavy workload is set to continue.

In other Liverpool news, the club have opened talks with a midfielder hailed as a genius by Klopp.