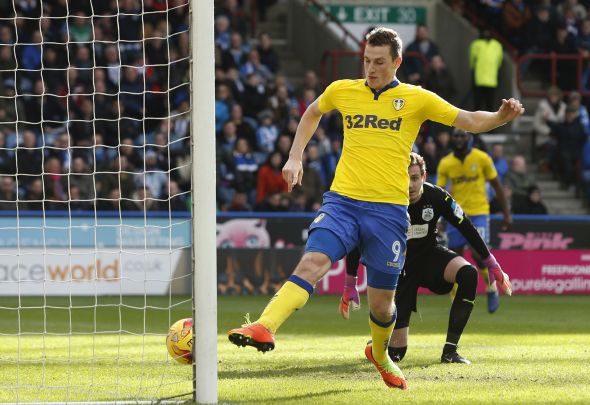 Sky Sports pundit Peter Taylor has labelled Chris Wood as the best striker in the Championship.

The 25-year-old New Zealand international has been one of the standout stars for Garry Monk’s impressive team with a return of 22 goals from 36 appearances in all competitions.

Of those goals 19 have come in the English second tier which has seen him take up the position of the second highest goalscorer with just one less than Newcastle striker Dwight Gayle.

“Newcastle at home, Leeds at home. You’ve got to have your experienced men to handle the crowd and the atmosphere.

“Chris Wood to be fair is the best striker in the division at the moment and I think they need him to keep scoring.”

Wood made the switch to the Yorkshire giants in the summer of 2015 from Premier League champions Leicester.

He struggled in his first season at the club with a poor return of just 13 goals in his 37 appearances.

But, he has now beaten that by some distance with 13 matches left this campaign and fans will be hoping that there will be many more to come as the fifth placed side aim for a play-off finish.

The club’s immediate target will be to beat play-off rivals Sheffield Wednesday at Elland Road on Saturday and move clear of seventh placed Fulham.

In other Leeds news, Alex Mowatt has shared why he left the club in January.