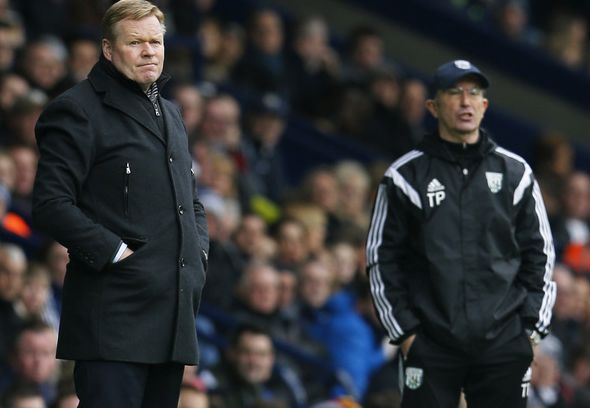 Matt Le Tissier believes Everton manager Ronald Koeman should replace Arsene Wenger at Arsenal at the end of the season.

Sky Sports pundit Le Tissier believes the key Toffees figure would surround himself with “strong” characters which would help them win the Premier League title.

The highly-rated Dutch coach is now on course to do the same with Toffees where there is the possibility that they can play Europa League football next term.

Therefore, fans of the Merseyside club will not be happy to see him leave because he is building a strong squad at Finch Farm.

Nonetheless, former Premier League playmaker Le Tissier believes Koeman would be a very good replacement for Wenger at the Emirates.

“A change of manager is the key [at Arsenal],” Le Tissier told Sky Sports. “I agreed with the Arsenal boys, Charlie and

“I agreed with the Arsenal boys, Charlie and Merse, in taking Ronald Koeman. I think he wouldn’t suffer fools quite a gladly as Wenger and would surround himself with stronger characters.”

The Gunners have lost out on yet another Premier League title and produced another poor display in the Champions League.

This has seen Wenger come under increasing pressure from the supporters to leave the club when his contract expires at the end of the campaign.

The Frenchman has been at the north London outfit for 21 years and guided them to their most successful spell in 2003/04 when he masterminded the famous ‘Invincibles’.

However, since that team, Wenger has failed to lift the PL trophy, only winning back-to-back FA Cups in 2014 and 2015 during that time.

In other Everton news, supporters on Twitter want this Celtic ace to replace Romelu Lukaku after he reportedly rejected a new deal at the club.