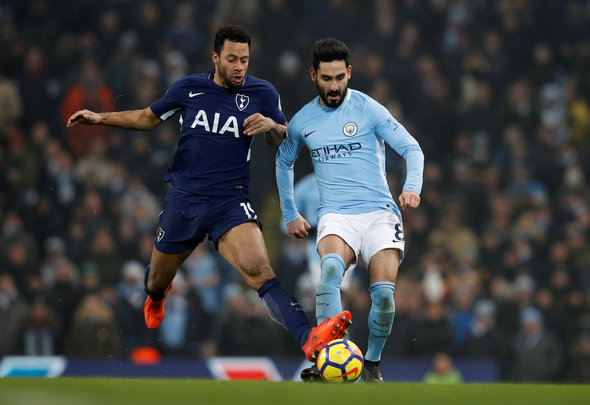 Tottenham have been sending scouts out to source a replacement for midfield star Mousa Dembele as fierce Italian rivals Inter Milan and AC Milan battle it out for his signature, according to Sky Sports.
The broadcaster claim on their website that the Serie A duo are both interested in securing the services of the 30-year-old, who has just entered the final 18 months of his contract with Spurs.
While it is stated that the Lilywhites are unlikely to offload the midfield general in January, they have already began engaging on transfer missions to identify a replacement, with the likes of Valencia’s Geoffrey Kondogbia, Lorient’s Matteo Guendouzi, Lille’s Yves Bissouma and Ajax’s Frenkie de Jong all touted as potential signings.
Having struggled with injuries during the current campaign, the 72-cap Belgian international has still managed to make 20 appearances across all competitions this year, with a total of 217 outings for Spurs under his belt.
Football Insider verdict
Tottenham know that Dembele is not going to be around forever, and his impact on the pitch has been affected by his injury issues. He does not look the same player he has done in recent years and sourcing a long-term replacement is crucial for Spurs. The options they have looked at all have redeeming qualities, but whether they have what it takes to step into the shoes once Dembele is gone is another matter. With AC and Inter Milan both battling it out for his signing, the Lilywhites may be able to command a decent fee, and that will go some way to covering the cost of Spurs’ next midfield star.
In other Tottenham transfer news, the club are already in hot pursuit of the perfect replacement for Toby Alderweireld.