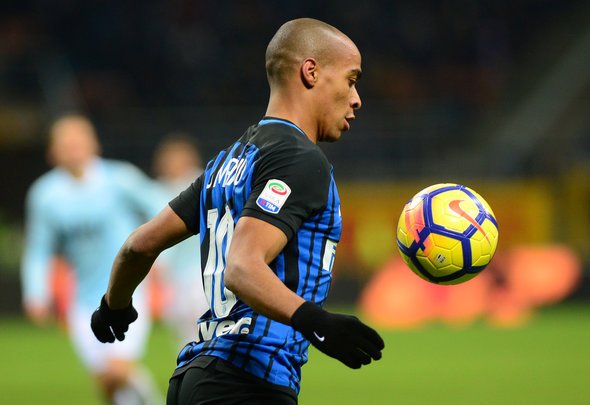 West Ham have made a £440,000 loan bid to take Inter Milan midfielder Joao Mario on loan for the rest of the season, according to a report.
Sky Italy, quoted on the Sky Sports transfer blog (12.41pm) say that Inter Milan want £1.3million for the international midfielder.
This comes after it had been reported by Sky Sports Italy journalist Gianluca Di Marzio that West Ham had agreed personal terms with the player.
He claimed on his personal website that West Ham would pay his wages in full but didn’t want to pay a loan fee.
That looks like it has changed now, with West Ham bidding around one third of what the Italian club want for their player, who is out of favour at the San Siro.
Inter paid £40million for Mario from Sporting CP in 2016 but he has struggled for game time this season, making just 15 appearances.
The midfielder has made 31 appearances for Portugal, and he’s scored one goal for his country.
In other West Ham transfer news, the club look set to reignite a swoop for a Premier League pass master.