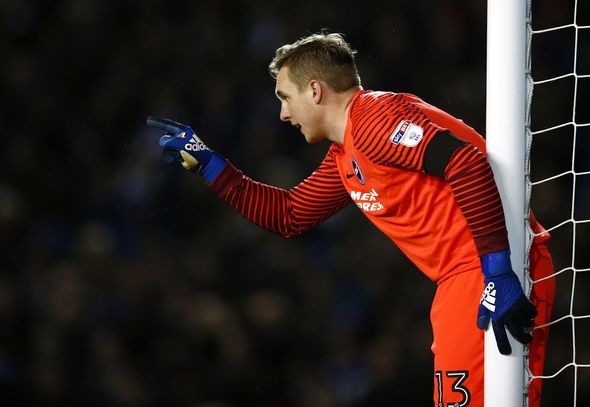 Brighton goalkeeper David Stockdale is the most likely player to join Leeds United in the summer transfer window, according to a report.

There have been recent reports that Leeds are one of a number of clubs interested in Stockdale, who was hugely influential in Brighton securing promotion to the Premier League.

The Mirror claimed at the end of last month that Leeds had joined Middlesbrough and Chelsea in the race to join the 31-year-old, who is out of contract with the Seagulls in the summer.

The Sun reported on Friday that Stockdale’s contract talks with Brighton had collapsed as the two parties were nowhere near an agreement and that their draw against Brighton last weekend could have been his last match for the club.

Football Whispers, which gathers all transfer rumours across the globe and calculates the likelihood of them happening, rates it 1.2 out of 5 that Stockdale will join Leeds, with five the highest possible ranking and meaning it is a certainty.

The Swede is ahead in the ratings of Exeter striker Ollie Watkins, who has a rating of 1.1, and former Leeds winger, whose rating of moving to the Yorkshire giants from Bournemouth is also 1.1.

Stockdale, who joined Brighton from Fulham in 2014, was born in Leeds and has supported his hometown team since childhood.

In other Leeds United transfer news, the club are in a three-horse race to sign a top-flight captain who is desperate to make a move to the Championship big hitters.