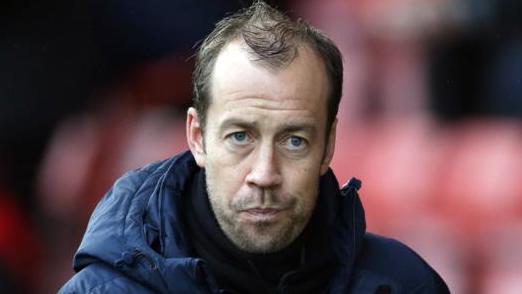 Leeds United assistant head coach Jamie Clapham has slammed the club’s senior stars for the way they switched off in the first half of the win against Barnsley on Saturday.

The Whites managed to pull off what was just their third victory of 2018 against their local rivals, with goals from Tom Pearce, his first for the club, and Ezgjan Alioski sandwiching a Paudie O’Connor goal on the way to a 2-1 win at Elland Road on derby day.

However, despite picking up the three points, Clapham insisted that there was a lot to be worried about in the opening 45 minutes, before praising his side for the way they changed their attitude to grind out the win.

Speaking to the media instead of Paul Heckingbottom, he was quote by Leeds Live as saying: “After the goal, for some unknown reason, just switched off.

“They managed to get into the game. We weren’t on the front foot, we weren’t getting the press right, we were getting so much wrong.

“It was all about us, really, we were getting things wrong, not that they changed what they were doing. That was a disappointment. You could see, probably, the equaliser was coming for them.

“At half-time we had to have a talk to them, have a strong word to say ‘nothing changes, nothing changes between our attitude and what we have to do. In the end, fantastic for our players.

“Full credit to them. They stuck in there, they played some really good moments in the game and then we really dug in at the end.”

Clapham is right to draw attention to the sub-par performance in the first half, for it would be easy to give the players praise after picking up what has been a rarity for Leeds this season – a win. The change in attitude saw Barnsley come straight back into the game and had it not been for the likes of Bailey Peacock-Farrell in goal, they could have been staring down the barrel of another disappointing defeat. Whatever was said in the dressing room at half time worked, and fans can finally celebrate their weekend, and it will be all the more sweeter for it being a derby day win.