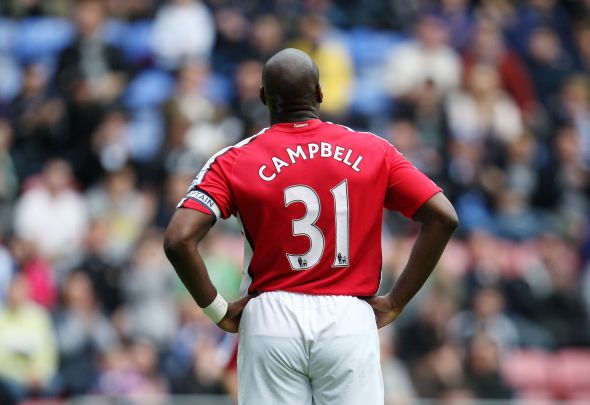 Sol Campbell has called on Arsenal to deliver a performance against Bayern Munich that can help the Gunners finish the season in a positive fashion.

The former Gunners star believes the performance against Bayern is now more important than the result, after Arsene Wenger’s side were demolished 5-1 at the Allianz Arena in the first leg.

Speaking on Sky Sports’ Premier League Daily Show on Tuesday, Campbell called on Arsenal to deliver a performance that would reignite his old side’s form on Tuesday night.

However, Campbell was not impressed with 28-year-old ace Mesut Ozil, who has been ruled out from facing Bayern through illness after missing the loss to Liverpool on Saturday.

Germany international Ozil failed to even make the bench against the Reds, but Campbell believes he should be in the squad to face Bayern after training on Monday.

“Hopefully there is some character that comes out against Bayern,” Campbell said. “You want players with the will to win. You don’t want a loss at home.

“A 2-1 win could give us the the confidence to kick on. They need to do this for the fans. This club is a massive club, performances like the Liverpool loss, week in week out, is unacceptable.

“If he (Ozil) is completely bed bound, then fair enough, you shouldn’t be playing. But he was in training yesterday. You should at least travel and see if you could return to fitness, just in case.”

Arsenal are currently in disarray after a run of dismal form that has seen the Gunners lose four times in their last six outings.

The run of form has also seen star player Alexis Sanchez become reportedly disillusioned in north London, after the Daily Mail claimed he wants to leave in the summer.

Sanchez was left on the bench during the 3-1 loss against Liverpool at Anfield, which has forced Wenger to rule out a rift between himself and the former Barcelona ace.

The Gunners will be hoping for a positive performance, with or without Sanchez, ahead of Saturday’s FA Cup clash against Lincoln City.

In other Arsenal news, Daniel Gabbidon has taken this swipe at Arsenal.