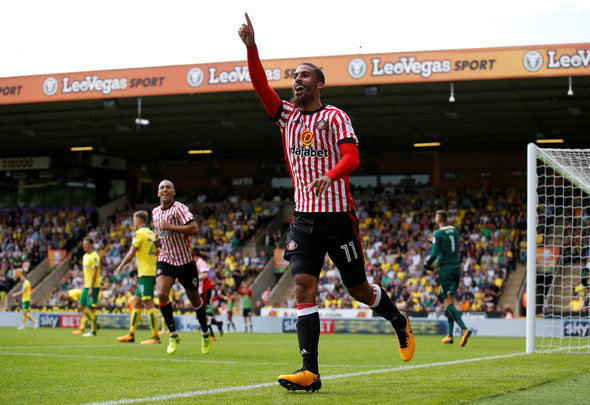 Bournemouth are willing to let Grabban, 30, leave before the close of the transfer window after recalling him early from his season-long loan deal at Sunderland earlier this month.

A well-placed source has told Football Insider that Bournemouth would prefer to sell Grabban, but are now willing to loan him out for a fee of £500,000 after struggling to find takers on a permanent basis.

Cardiff were considering a move for Grabban, but have now opted to try and sign Bolton striker Gary Madine leaving the way clear for Villa to swoop.

Villa have been chasing a new striker throughout this month’s transfer window as Steve Bruce wants to strengthen his attacking options having lost last season’s top scorer Jonathan Kodjia to injury.

Villa lost out to Brighton & Hove Albion for Leicester City striker Leonardo Ulloa and they have now switched their attentions to Grabban.

In other Aston Villa transfer news, they are in the hunt to sign an international forward.
We’ve launched a << BREAKING NEWS FEED>> exclusively for your club. ‘Like Us’ on Facebook by clicking here if you want 24/7 updates on all Aston Villa breaking news.