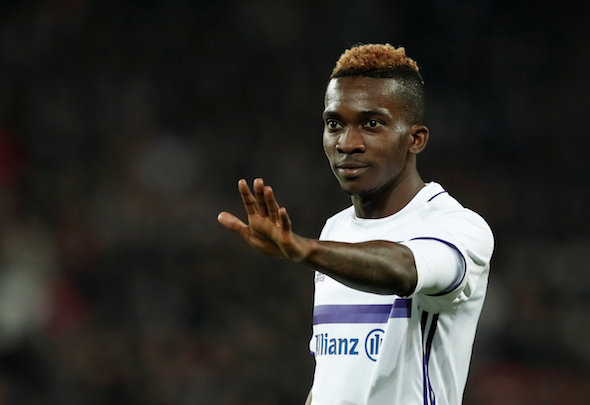 The Turkish club are keen to land the Nigeria international permanently but his £20million price tag has put him out of reach financially.

A source with knowledge of Onyekuru’s situation has told Football Insider that Galatasaray are in discussions about him re-joining them on a season-long loan.

The clubs are negotiating the structure of a deal in which the newly-crowned Super Lig champions would pay a significant loan fee – a £2million payment has been mooted – to take him for a second consecutive campaign.

Everton are in no rush to permanently offload Onyekuru despite his failure to secure a work permit to play in England since signing from KAS Eupen for £7million two years ago.

The Merseysiders are convinced that the value of the nine-times Nigeria international could soar even higher if he plays a starring role at this summer’s African Cup of Nations.

Onyekuru has spent the last two seasons on loan, first at Anderlecht in Belgium and then at Galatasaray in the recently-completed campaign.

He made a big impact for the Turkish club, scoring 16 goals from 44 matches as they secured the league and cup double, and has spoken of his desire to return there next season.