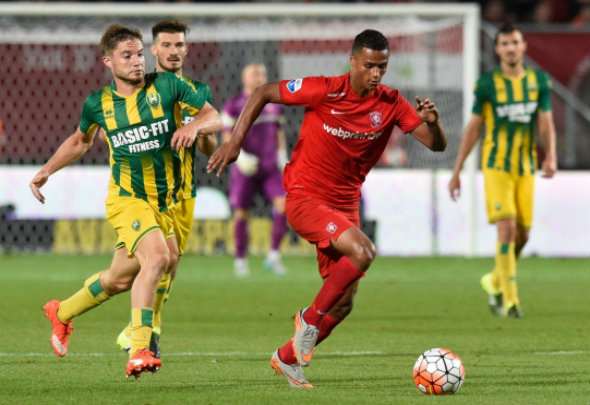 Arsenal scout Francis Cagigao has been spotted in talks with the representatives of highly-rated 20-year-old winger Alessio Da Cruz, who is impressing with his displays for Serie B side Novara.

As reported by Italian journalist Gianluca Di Marzio on his website, the Gunners man was seen in talks with the speed machine’s agents ahead of a possible January offer.

Cagigao, who recommended the signings of Cesc Fabregas, Hector Bellerin, Santi Cazorla and Alexis Sanchez, is a close ally of Arsene Wenger, and spoke to agents Giorgio Boateng and Menno Groenveld on Thursday.

The young Dutch attacker has turned heads with his performances for Novara following a free transfer in the summer, having scored five goals in 17 Serie B appearances so far.

Several other big sides are reported to be interested in the 20-year-old, including a number from Serie A.

Already we seem to be seeing a departure from the Arsenal transfer business of old. The Gunners have been linked with players they most definitely would not have been before, with new head of recruitment Sven Mislintat seemingly at the centre of this change. ‘Diamond Eye’ has a very high reputation indeed, and seems to be making a positive impact on the Gunners’ transfer dealings ahead of a crucial January window. Reports linking them to Barcelona B winger Jose Arnaiz, and now to Da Cruz, show that Mislintat is using his vast knowledge of the continental game to try and bring in some quality, understated signings for the Gunners.

In other Arsenal transfer news, the Gunners have been linked with a move for this £50m-rated international speed machine.